9/9/08 has been an exciting day full of releases. After the Zunes and iPods were announced with the later getting all the media attention, Microsoft stepped in and unveiled some seriously sexy looking hardware which includes mice, a Wireless Desktop with Aero Glass and the new LifeCam. I have always been a fan of Microsoft Hardware and myself have owned a couple Wireless Desktop sets and a laser notebook mouse. They have always look great and have never given me any trouble.

Here is a look at the new desktop hardware released today: 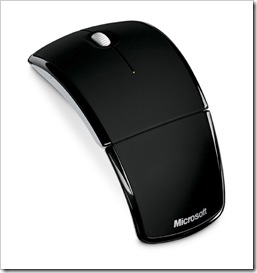 Microsoft Corp. today raised the style stakes with the unveiling of a revolutionary crescent-moon-shaped mouse designed to be just as fashionable as it is functional — the Arc Mouse. With its unique foldable design, Arc reduces by almost half for portability when it is snapped shut, but provides complete comfort when opened to its full size. 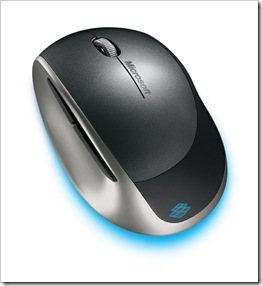 Microsoft Corp. today unveiled the world’s most advanced tracking technology, Microsoft BlueTrack Technology, which allows consumers to take their mice anywhere and work with confidence on more surfaces than before. Microsoft’s new proprietary tracking technology combines the width and power of optical technology with the precision of laser tracking to allow consumers to mouse on virtually any surface1 — from a granite kitchen countertop to the living room carpet.

Microsoft Corp. unveils two new webcams — LifeCam Show and LifeCam VX-5500 — featuring stunning new designs that not only look great but also provide versatility for use on a laptop or desktop monitor, or sitting next to your PC. No matter where these LifeCams are used, they will make a statement. LifeCam Show is ultra sleek — one of the thinnest webcams on the market— while the LifeCam VX-5500 takes a more sassy approach with switchable faceplates in three colors and an innovative, collapsible design. These LifeCams deliver high-end audio and video performance, groundbreaking new video effects, and Video Messages — a new service for sending and receiving video messages from friends and family.

Finally, the long awaited Wireless Desktop 6000 with Vista-like Aero Glass effect on the borders is here:

All the hardware listed above can be purchased from Microsoft partnered stores. For more information on purchasing, pricing and availability, visit Microsoft Hardware website.