It’s that time of year again, and I presume many of you are already preparing yourselves for the annual consumer frenzy that is Black Friday. Companies in most product fields will be lowering their prices this weekend, but it’s the tech we’re most interested in, and Microsoft has today joined Apple and others in revealing some of the deals it’ll be offering as of tomorrow.

Windows Phone 7.x was seen by many as the platform’s introductory phase, but with the number of apps now steadily growing over at the Windows Store, the Redmond company is making a real push with Windows Phone 8. If you’re running on the software maker’s smartphone ecosystem, you will be able to save quite a few $ this Friday, with up to a sixty percent saving on certain titles.

Both Assassin’s Creed and Sonic 4 Episode I will be reduced sixty percent down to $1.99, while Carcassonne, Cracking Sands, Mush and Gravity Guy will also be $1.99, a saving of 33 percent. Gravity Guy is one of those extremely simplistic titles that quickly becomes addictive, and having already found a home on millions of Android and iOS devices, is now looking to establish itself on a platform still somewhat lacking in variety when it comes to apps. 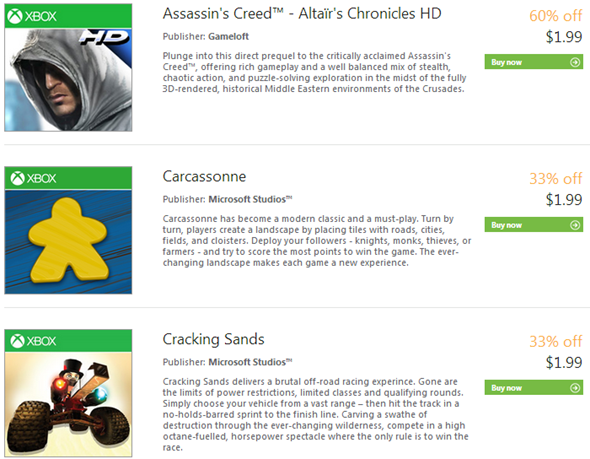 Meanwhile, if you’re on Xbox, there are naturally quite a few savings to be had not just on games, but content in general. The console, lest we forget, is no longer strictly a gaming device, so where, a few Black Fridays ago, Microsoft was simply slashing the prices off games, there are now also savings on things like Xbox Video and Avatars. 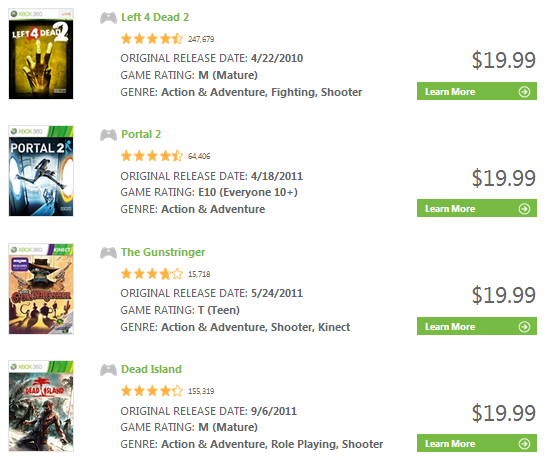 Plenty of movies and TV seasons will be going on sale, and Microsoft will be running its Daily Deal promotion – offering up to fifty percent off for those willing to keep a watchful eye on the TV & Movies section on Xbox LIVE.

Whilst the blogs will try and keep gadget fans in the loop with regards to deals, the best course of action is to watch the gaming charts and shopping sites for any emerging trends. The offers are going to be rolling through this weekend on most products, and since some promotions are shorter than others, you’ll certainly need be vigilant, ensuring you strike the iron whilst it’s hot.