This Is How Ringtones Are Made For The Nokia Lumia [VIDEO]

Many of us view our ringtone choice as a reflection of us, and as such, we find ourselves spending hour upon hour in deliberation, meticulously selecting one that adequately takes our fancy. Although we appreciate the production that goes into our favorite music tracks, we tend to see ringtones as little more than random jingles, but as Nokia has kindly demonstrated, much work is put in behind-the-scenes in order to create these complex alerts.

As with any great classical work of Bach or Beethoven, an ensemble of musicians is required to create the mellow sounds, and in the case of the flagship Lumia range on Windows Phone, the Nokia Sound Design team selected the Bratislava Symphony Orchestra to play the music for 25 classical ringtones. 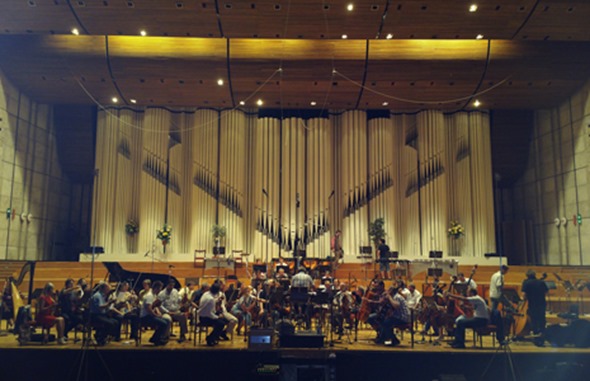 If you appreciate the various layers that go into creating a specific sound, you’ll love this very brief making of video, which we discovered via MyNokiablog:

Back in the early 2000’s, Nokia was head and shoulders above the rest in the mobile industry, and as its range of devices progressed, so did the sounds. The old monophonic ringtones became polyphonic, and subsequently, we ended up with the real tones of today. Many of the base sounds have stayed the same from the days of the 3210 and 3310, but as more instruments have been added to the fold, the sounds have certainly become richer.

As well as offering an insight into the making of the ringtones, Nokia also hopped onto its official blog to detail how it created them. Aleksi Eeben, creative lead and member of the Sound Design team at Nokia, described the efforts of the group:

The 25 original pieces, called ‘miniatures’ were composed by five Nokia Design in-house sound designers. We started exploring the idea through contemporary classical and film music, However, the final result was original pieces that are distinctively ring tones: they are short, and they all have a functional sounds element.”

The miniatures utilized an almighty 55 members of the Bratislava Symphony Orchestra, and the effort and attention to detail Nokia is willing to put in certainly bodes well for its chances of making up the ground on Android and iOS in the smartphone wars.