With the holiday season fast approaching, those looking to make the market-leading games console a feature of theirs – or somebody else’s – living room will have a decent array of bundles to choose from, and if you’re looking to acquire an Xbox 360 this holiday season, please check out the details below.

The Xbox 360 4GB with Kinect Holiday Bundle is packed with Kinect Adventures, Kinect Disneyland Adventures and one month of Xbox LIVE Gold and costs just $299.99, while the Xbox 360 250GB Holiday Console bundle comes with popular titles Forza 4 Essentials, and Skyrim with a month of free Xbox LIVE Gold – all for a very reasonable $299.99. In addition, you can also pick up the Xbox 360 250GB with Kinect Holiday Console bundle, which includes Kinect Sports, Kinect Adventures and Dance Central 2, and will set you back $399.99.

In addition, anybody grabbing one of the aforementioned bundles will be able to get $50 off promotion from all the major retailers in the U.S. This $50 promotion is also applicable to the special limited edition Halo 4 bundle.

The newest bundles certainly aren’t too shabby considering what you get, and all of your existing bundles such as the Xbox 360 Limited Edition Halo 4 Bundle 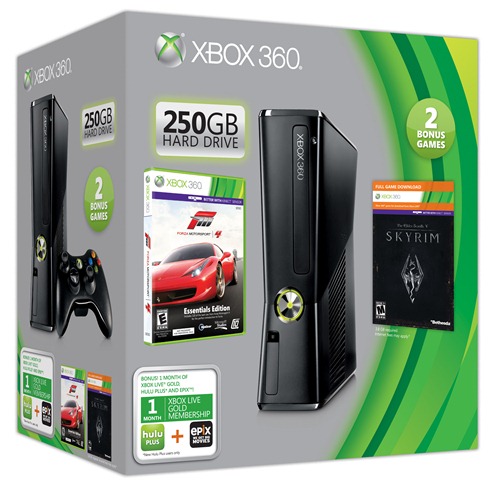 Microsoft has done incredibly well to oust Sony’s PlayStation from the number one spot in the console market, and with Call of Duty: Black Ops II just about to release, the Redmond company will likely assert its authority once more by outdoing its Japanese rival in terms of Xbox 360 copies sold of the most anticipated game this year. 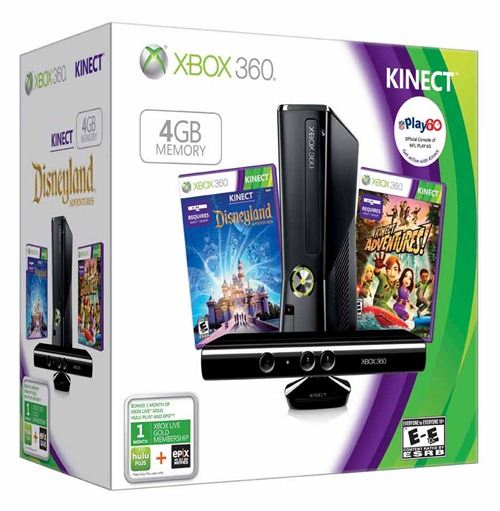 If you’re really looking for some savings, you may want to wait until Black Friday. While Microsoft’s deals are very enticing – particularly the additional $50 off promotion – the Black Friday Bonanza always seems to outdo itself. Set to fall on November 23rd this year, all of the big companies and retailers will get involved, and aside from the post-Christmas sales, it’s arguably the best time to grab that sought-after electronic gadget.

We will – of course – keep our eyes and ears peeled for any more fantastic deals, so stay tuned to our coverage here at Redmond Pie!