Windows 8 is just five days away from being publicly released, but those of you with access to MSDN or TechNet, like me, are probably already running the final “RTM” build of the new OS from the Redmond-based software company.

As we all know, Windows 8 is in many ways drastically different from previous versions of Windows. It significantly rethinks the desktop, treating it as an app that is to be launched from the all new “Start Screen” with its Windows Phone 8-like user interface that is more optimized towards touch input rather than your traditional mouse-based input.

Because of this, using Windows 8 in the new Start Screen with a regular mouse isn’t a very pleasant experience… that is, unless you’ve got a Microsoft Touch Mouse. 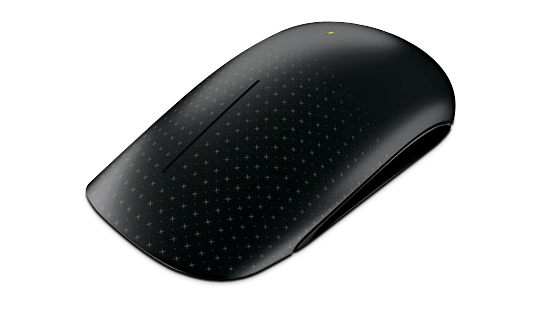 Introduced last year to positive reviews, the Touch Mouse was designed with Windows 7 in mind. It allows users to pull off multi-touch swipes and flicks to scroll, “Aero Snap”-ing etc. with ease.

Now, Microsoft has released updated drivers as part of Mouse and Keyboard Center 2.0 for the Touch Mouse which allows it to work better with Windows 8’s touch-oriented user interface.

You can easily scroll, switch between apps, display Windows 8 Charms menu with Search, Share, Start, Devices, Settings, see app commands, zoom in and out with simple flicks and swipes of your fingers. Some gestures even make use of your thumb. You can see them below: 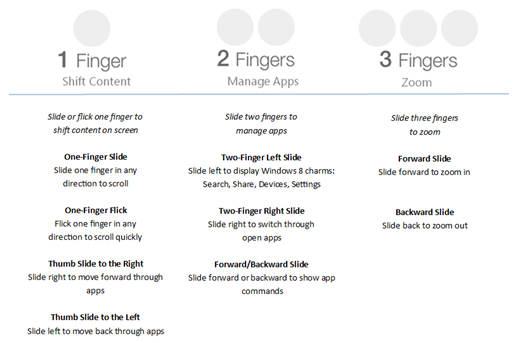 Originally launched for $79.95, the Microsoft Touch Mouse can now be bought from places like Amazon for as low as $33. If you’re having trouble getting used to the new Metro Start Screen in Windows 8, you should consider ordering a unit for yourself. According to reports on the internet, the gesture support is flawless and really makes using full-screen “Metro” apps a breeze.

You can go ahead and download Mouse and Keyboard Center 2.0 from the link at the bottom. It is available in multiple languages in 32-bit or 64-bit depending on your type of Windows 8 installation.

As The Verge notes, the new gestures do not yet support the recently released Wedge Touch Mouse. We expected Microsoft to update the software to support it in a future update.