Experienced and hardcore gamers on the Windows platform will more than likely have used, or at least be familiar with, tools that integrate with the system to provide a visual outlet showing how many frames-per-second the running software is achieving. To a lot of people, and the average user in general, the information is irrelevant, but to developers and those who take things a little more seriously; it is extremely useful to see the real-world performance levels that are being reached. The FPS Meter app on the Play Store now mimics that functionality on Android devices.

FPS Meter will more than likely have an extremely niche appeal considering the functionality that it offers, but it will definitely prove to be a useful tool to a lot of people. The market that it will appeal to is made even smaller by the fact that it doesn’t support Jelly Bean and the supported devices must have root access. However, that shouldn’t detract from what it essentially a polished and very handy piece of software for Android tablets and smartphones.

The functionality is pretty straightforward and has been developed to be as simple as possible. When installed and activated, every running application or system screen will have a label overlay that updates in real-time to show the number of frames-per-second that is being achieved. Not exactly mind-blowing functionality I concede, but it is still extremely interesting to see how different applications perform on different hardware and versions of the OS. 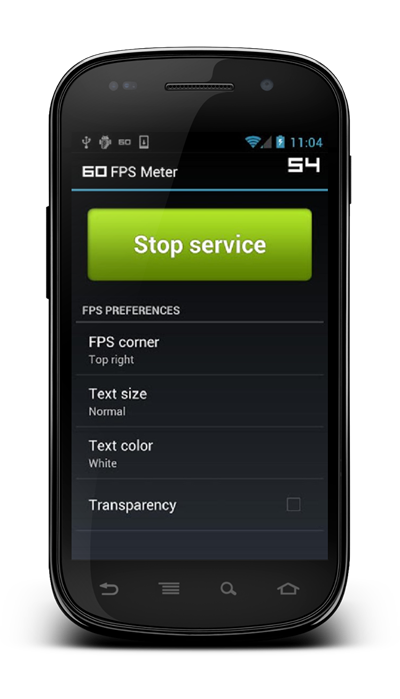 FPS Meter also has a very simplistic and self-explanatory set of settings that allow the look and feel of the label to be customized. Users can change the location on the display as well as the text color and size. The app also has a transparency setting to make sure the frames-per-second label doesn’t interfere with the visuals of the running app. A very useful little application that will definitely have its uses, but for $0.99, it’s worth trying just see how your device performs. 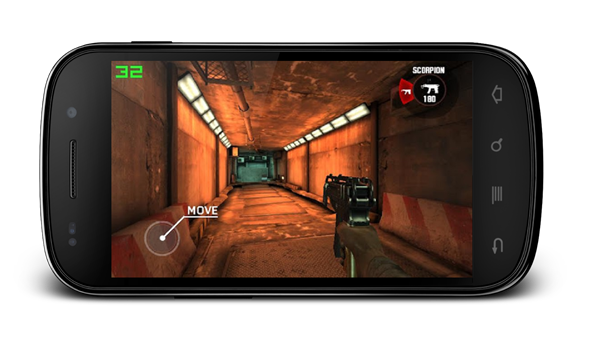 (Source: FPS Meter Root for Android on the Play Store)