There’s a new TV set to be in town and the brains behind it are confident or at least preparing hard to give Apple TV and the Google TV a tough challenge. We are talking about the rumors associated to Microsoft’s own TV subscription in the pipeline. 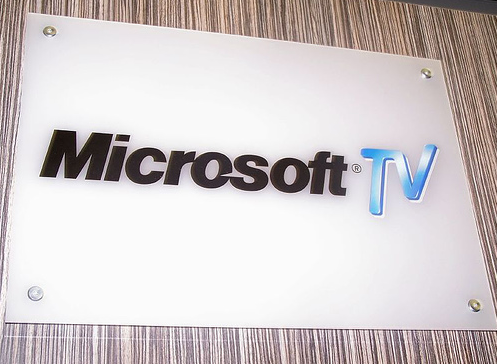 Sounds a bit indigestible at first, why would Microsoft go ahead with yet another late implementation of an old idea? But hey, they the hardware already in the form of Xbox 360 gaming console that will be used for the same purpose. Not a surprise as the Xbox 360 had been the best selling gaming console in the US. A Virtual Cable Operator that is what we are hearing about Microsoft’s upcoming initiatives and it is already in talks with numerous content providers to achieve the same. Other than going ahead with full fledge option for content subscription for consumers the Redmond Wash. software goliath would enable single channel subscriptions like HBO, etc. I mean who would want to pay for loads of options when all you ever watch is one?

I wont mind having another option to choose from in the TV category, but honestly speaking, Apple has taken the cake away from all existing and upcoming challenge. Though it comes with a very limited-to-no storage capacity but is extremely cheap. Take Google TV for instant, it was initially accepted warmly in the market and streamed content from numerous network stations, but it backfired as most of these networks blocked Google TV devices. If we come back to the Microsoft proposed TV, it is still quite a long way off and sources who disclosed this stated it might very well take over 7 to 8 months for it to enter the market.

I hope Microsoft has something really ambitious to offer to push past a desirable share in the TV category. Else don’t be surprised if the Microsoft TV ends up being a distant third in terms of market share though it has been impressive with its Kinect sales with a record 2.5 Million Kinects sold in less than a month. [via Reuters, AppleInsider | Image via Flickr]