Microsoft has today released three new apps to add to its burgeoning collection of media-based apps for the Xbox 360 console. Microsoft may be in the middle of having to deflect questions about the replacement for its ageing Xbox 360, but the Redmond outfit clearly isn’t getting ready to put the world’s favorite home console out to pasture just yet.

The news that Microsoft has now made three more video apps available for the Xbox 360 was announced by Microsoft mouthpiece Major Nelson via the customary blog post, and the apps have already begun popping up on consoles in the United States.

The three apps in question are Comcast’s XFINITY TV, HBO GO and MLB.TV, all bringing a range of television content to the Xbox 360 and taking a further step towards turning the console into more than just a gaming machine.

Streaming video is becoming a real focus for Microsoft, and the Xbox 360 is proving to be the delivery system of choice for the company that has been trying to get into the living room for years. Does anyone remember Microsoft’s Media Centers and the Xbox integration that nobody used? No? Exactly!

The MLB.TV app needs no introduction and, as you would expect, offers streaming baseball games for those that like the bastardised version of rounders.

The HBO GO app will offer live and on-demand content, with the likes of Game of Thrones and The Sopranos getting the Kinect treatment, with waving your arms around like a madman apparently the way we will be controlling our TVs in the future. We cannot wait.

Comcast’s XFINITY TV is on-demand TV from a ‘huge library’ of content.  We’ll have to take their word for that, at least for now. 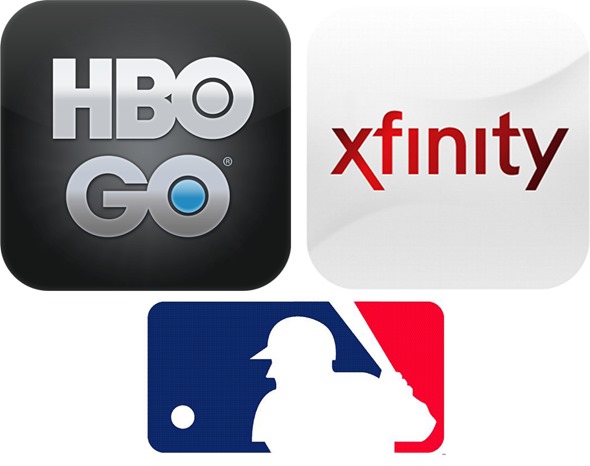 While the apps are rolling out as we type, we have heard some reports that they haven’t found their way to everyone’s machines just yet. Major Nelson again took to his blog to explain that the Microsoft engineers are working on it, and that everyone should just sit tight and wait. While not ideal, it’s fair to say the apps will eventually turn up so panic not!

The only question now is whether the next Xbox will actually play games, or whether it’ll be a glorified DVR.

Hopefully it’ll be both.