The Harry Potter franchise is one of the most popular of all time. What started off as a few books has spanned a lengthy series of feature films and merchandise, and although the wizardry is mainly focused towards youngsters, plenty of adults count themselves a part of the Potter-manic legion.

While the audiobooks have been on sale digitally and physically for years now, it has taken a long while for the series to become available to those who turn pages with a touch of a screen as opposed to the flicking of paper.

Similarly to The Beatles’ music – which spent much time in limbo before finally selling digitally some three years ago – fans are likely to rush en masse to make their purchases. J.K. Rowling’s online Pottermore Shop is selling each title in the widely-accepted ePub format, with prices between $8-$10 per book, while the entire series can be had for a fairly reasonable for $57.54. 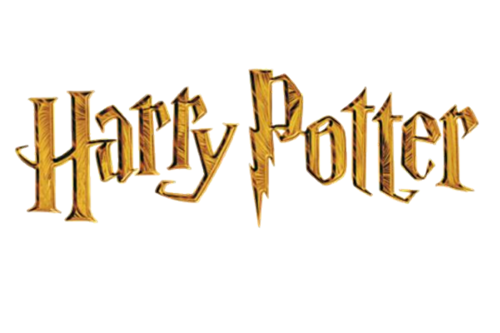 The ePub files come independently of any DRM, and work with pretty much any eReader or tablet you could care to name, including most iOS and Android devices. As you may expect, there’s store-level support for Amazon’s highly-successful Kindle reader, as well as the similarly popular NOOK from Barnes & Noble. Rather interestingly, however, the eBooks are not available through Apple’s iBookstore – at least not yet.

As well as Amazon and Barnes & Noble, Rowling also teamed up with the Sony Reader (U.S. and Canada), and Google Play (U.S., Australia, Canada, the U.K.) for synchronized book downloading through the respective accounts of each store.

It’s unknown why Rowling has waited so long to release the books electronically, although pricing conflicts always tend to cause a delay in these situations. Usually, book stores want some form of exclusivity, which often affects consumer and artist alike, but since Rowling is selling through her own store as well, there’s little risk on this occasion. 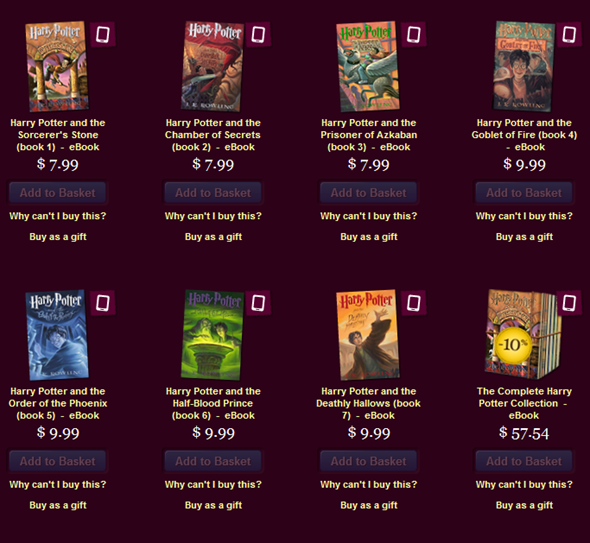 Kindle users will need to create a Pottermore Shop account in order to complete their transaction. This simply involves sourcing the book at Amazon, selecting "Buy at Pottermore", which will, in turn, open up the Pottermore Shop.

It’s currently an English language-only affair, but expect French, Italian, German and Spanish to be added to the roster in the very near future.