Next-Gen Xbox Coming In 2013; Will NOT Include Optical Drive [REPORT]

Microsoft has reportedly revealed to partners that its next-generation Xbox – unofficially dubbed  the "Xbox 720" – will not feature an optical drive, and that games and other content will only be accessible through downloads or an "interchangeable solid-state card storage".

As well as the revelation regarding the optical, it is also being claimed that the console will launch next year, in 2013. Video games and computing site MCV got the information from a source said to have been sworn to "the strictest NDA" encountered from the Xbox team.

Apple has led the way so far in the banishment of the optical drive, with its current MacBook Air and Mac Mini range bereft of the integrated media drive – relying instead primarily on the Mac App Store as the source of content.

In terms of the supposed interchangeable storage of the Xbox 720, it is unknown as to whether it will be Microsoft’s own, proprietary media, or simply a generic SD (or similar) implementation. If history is anything to go by, one suspects the former to be the most likely outcome, since it significantly reduces the potential for theft/exploitation of software. 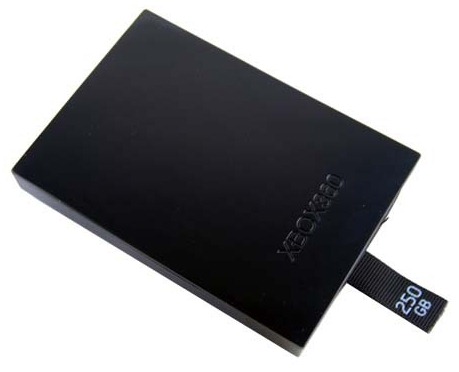 The move is another nail in the coffin to the high-street games console traders, for most of whom buying and selling on used titles is an integral part of business. It has been suggested for a while that a future console would ditch pre-owned game support, with many within the industry suggesting the move would be a positive one – helping developers, producers and designers to continue to thrive. Consumers weren’t so inclined to agree, but without an optical drive accommodate the old 360 titles, the secondhand market will, you feel, rather swiftly fizzle out.

"People often don’t understand the cost that goes into creating these huge experiences that we put on the shelves for only $60. They also don’t seem to realize how much they are hurting us when they buy a used game .. [Retail Stores] were doing fine well before the Used Games market became such a staple of their business .. they aren’t concerned with how this business is affecting us, so why should I care how these changes will affect them?"

It has to be said, the argument can be seen from both sides. Despite Durall’s "only $60" quip seeming grossly out of touch with the financial plight of the masses, those purchasing games second-hand don’t actually put any money in the pockets of those creating them.