The Black Friday shopping extravaganza has been and gone, and while a number of high profile retailers were offering significant price savings across a wide range of products it was ultimately the consumer electronics industry that consumers were looking to for those Thanksgiving bargains. Microsoft and Apple are two companies that find themselves sitting at the top of that particular food chain, and while we have already seen reports showing that certain Apple Stores saw a lot more customers than their Microsoft counterparts in the same area, we are now seeing some statistics to back up that claim.

A number of videos were released immediately after Black Friday that compared the number of shoppers entering an Apple Store in Colorado compared to those entering a Microsoft branded store in the same locality. Viewers of the video were left with the idea that the Apple Store saw significantly higher thoroughfare than its Microsoft counterpart, with the conclusion being that the Cupertino based company did a lot better from Black Friday shopping than their Redmond based rivals. The creators of the comparison video have now confirmed that idea with the release of figures that go hand-in-hand with the video. 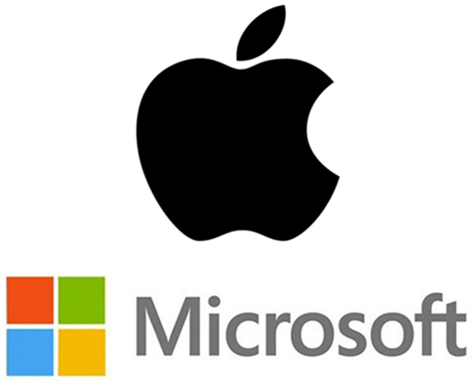 A team of analysts from Piper Jaffray spent Black Friday in familiar surroundings by analyzing the amount of traffic going through the doors at various retail stores. In addition to monitoring the comings and goings at the Apple Store, the company also utilized their resources to count heads at the corresponding Microsoft outlet and managed to come up with a number of interesting statistics. The shopper analyzing confirmed that the Microsoft retail store saw 47% less traffic than the Apple store, a number that also affected the amount of purchasing going on inside of the store.

Gene Munster and his team from Piper Jaffray found that shoppers walked out of the Apple Store after purchasing 17.2 items per hour, a figure that is nearly five times higher than the 3.5 items purchased each hour at the Microsoft store. The statistics also show that pretty much all of the purchases from Microsoft were for small items like an XBox game. What’s more worrying for Microsoft is that even though the local area was adorned with advertisements for the Surface tablet, customers didn’t buy a single one from the store while the Apple store saw 11 iPads purchased every hour.

This obviously only takes into account one particular set of stores in one area and isn’t representative of the Black Friday shopping season on the whole, but it indicates that the festive shopping season we are about to enter could be an extremely lucrative one for Apple.