Samsung and Google have already invested time and resources into the emerging smartwatch market, and with Apple widely expect to follow suit later on this year, Microsoft is also rumored to be planning a product line-up of its own. We’ve already seen patent filings to corroborate this notion, and now, a credible new report has offered some fresh details.

The credit for this scoop goes to Forbes, which cites unnamed sources in suggesting that Microsoft’s inaugural smartwatch effort will be compatible with both iOS and Android, as well, of course, its own Windows Phone operating system. Moreover, it will include sensors capable of monitoring a user’s heart rate – something that Apple’s iWatch will also reportedly offer.

One of the killer features of Microsoft’s smartwatch, however, looks set to be its battery life, which the software maker hopes will last for two days of continuous use without charge. This is an ambitious target, especially given the abysmal battery retention rates of Samsung’s original Galaxy Gear, but while Microsoft looks once again to be arriving somewhat late to the party, it can, at least, seek to learn from the mistakes of rivals.

Apparently, the Satya Nadella-led outfit has drafted in the skills and expertise of the engineering team behind Kinect to help with the project, and although the report doesn’t make much note on the software, we expect there to be plenty of Windows influence in the finished product.

Integration with the Windows and Windows Phone ecosystem will surely be atop the company’s list of priorities, but with support for both iOS and Android also a part of the deal, it will be interesting to see just how Microsoft’s first advanced smartwatch stands up against the rest of the field. 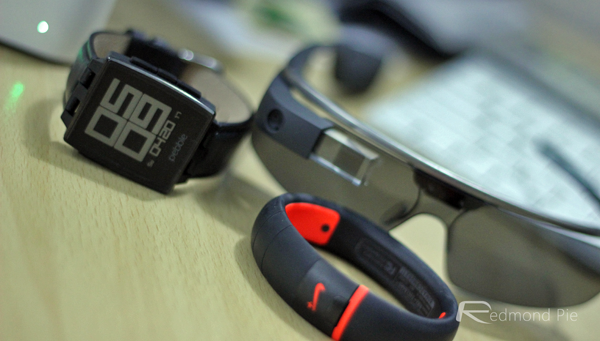 Some have suggested that the device could hit the scene as early as this summer, but while this is definitely plausible, one suspects that we might have seen or heard something at the point of the BUILD developer conference if this were the case.

Much more likely, we’ll see the Microsoft smartwatch later on in the year, around the same time as the Apple iWatch, and with these two old rivals having competed fiercely at desktop level for decades, we could be on the cusp of another dogfight between two of tech’s greatest influencers.