Following yesterday’s official debut of Office 2013 (and the Customer Preview, which is now available for download as we reported yesterday), Microsoft has today followed up with a post that shares more information about Office 2013’s role in the cloud as well as its future on the Windows Phone platform.

You can literally "sign in" to Office to be brought to a start screen that acts as "your" Office. As is the case with Windows 8, logging in will allow you to roam some of your personal settings no matter where you are. Your settings aren’t the only thing that can follow you, however; recent documents can also be uploaded to the cloud, allowing you to view and edit documents wherever you go with ease, across different machines that have Office 2013 and connectivity.

This is all made possible by SkyDrive, SharePoint, and your Microsoft Account, which is what you can use to log into pretty much every other Microsoft service that you use. They’ve been working hard to improve their ecosystem and consistency as of late, and it’s been yielding some pretty awesome results. 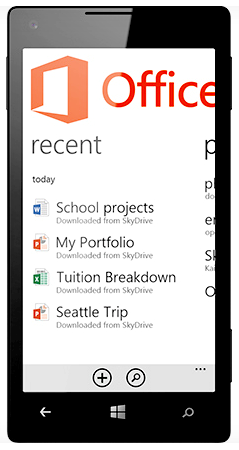 Microsoft also made it clear that the convenience of the cloud isn’t just limited to PCs. Mobile phones will be able to take advantage of these features as well; for example, you’ll be able to see all of your recent files for easy access on your Windows Phone while on the go. And, in announcing this feature, they also published an image which appears to reveal what Office will look like on Windows Phone 8 (they seem to have since removed the image from the original blog post, but you can see it above). 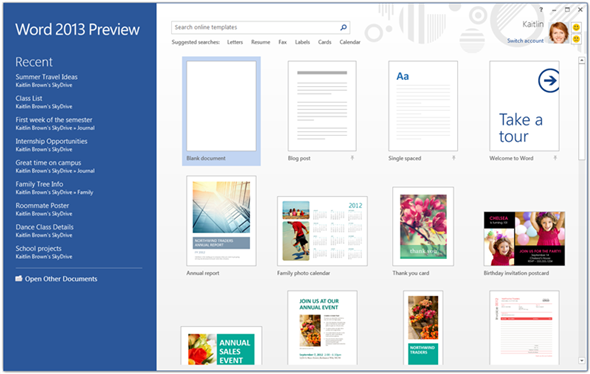 More improvements that mobile users will be able to benefit from can also be seen in the Office Web Apps. Microsoft has announced that their mobile interface has been redesigned with new "touch-friendly" touch controls that better suit today’s smartphones.

You won’t be able to use the new and improved Office for Windows Phone 8 until later this year, when Windows Phone 8 devices begin to ship. We really can’t wait to get our hands on all the goodies as they hit the market!