Microsoft Offering Free Office 365 Subscription To iPad Users, Here’s How To Get It

Today has been a busy day for Microsoft, and in particular, its Office suite. Having finally made its way to the App Store for iPad following an announcement by Satya Nadella, users of the Apple tablet can finally enjoy Word, Excel and PowerPoint on their devices. A subscription service, Office 365 costs $99.99 per year for those looking to create, edit and save their documents on-the-go, but for a limited time, the software giant is offering one year’s free Office 365 to iPad users prepared to traipse over to their local Microsoft Store.

The deal is available to the first 50 who turn up at the door, and runs for three days only. Given that there’s $100 bucks at stake, though, we’d hazard that most, if not all of the giveaways will be gone on the first day, so if you want to secure a free one-year Office 365 subscription, you’re better off heading down sooner rather than later. 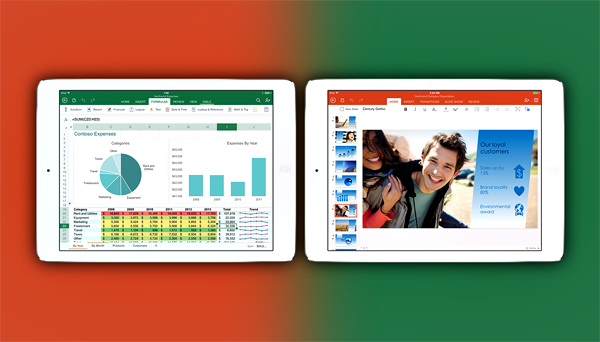 Microsoft Stores aren’t as abundant as, say, Apple Stores, but if you happen to have one near you, then you may wish to head down and see if you can wing yourself a freebie. It runs from Friday March 28th through Sunday March 30th, and if you’re among the first 50 – with iPad-in-hand – you’ll be offered a free one-year Office 365 subscription.

The fact that Office has arrived for iPad is great news, although many have been bummed out by the fee, which is rather hard to ignore. Many consumers like to pay a one-off cost up-front, after which they can edit and create documents to their heart’s content, and while it may be worth signing up if you can get a year for free, it’s hard to see long-time users of the several great Office alternatives dropping their current options just because Microsoft has decided to join the party. 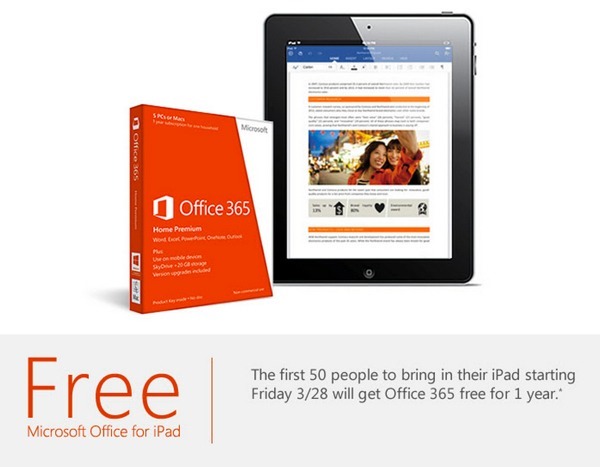 Nevertheless, the fact that Office for iPhone and Android smartphones is now completely free to home users is the real clincher of today’s revelations, and may well prove to be the perfect gateway drug for getting Office for iPad subscriptions off the ground. The giveaway probably won’t have such an impact, but hey, for those that don’t make the first 50, expect plenty of Microsoft staff on-hand to talk you into making the purchase anyway.