Microsoft Xbox 360 Kinect sales has surprised the world of gaming, with the latest figures suggesting the sales rates of the Kinect have now surpassed that of the Apple iPad and Nintendo Wii console.  Microsoft’s goal for the end of the year is 5 million units, after selling 2.5 million units in 25 days we would say they are well on there way.

There has been large advertising campaigns globally and it would seem that this console accessory has attracted even the casual gamer with its cutting-edge technology, allowing players to use their own body as a controller without wires or a conventional hand-held controller. A vast number of people have taken a liking for the Kinect, likely to be due to the unique and revolutionary gaming experience that it provides, as well as the additional cool features such as voice control. 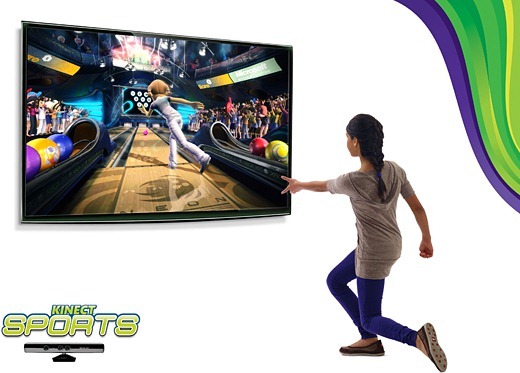 In comparison, the Apple iPad took 90 days to sell 4.5 million units, a very impressive figure especially in the current economic climate but Microsoft has sold over 2.5 million units in 25 days, meaning if it keeps its pace, it will take less than two months to reach that figure. Kinect units are selling at a rate of 100,000 units per day versus 50,000 per day for iPads. Other official stats from the Microsoft press release show that the Kinect has sold twice as fast as the Sony PlayStation Move, which sold just 1 million sales in its first month.

As Neowin rightly put it:

According to Readwriteweb.com, Microsoft sold 2.5 million Kinect’s in the first 25 days which means they are averaging 100,000 units a day. At this rate, Microsoft has taken the title of fastest selling gadget in history from Apple as it is selling twice as fast as the iPad.

The Kinect has had a lot of deserved press attention, especially among that hacking community since the release of its open source drivers, which may partially account for the excitement surrounding the device helping boost sales. With all these comparisons, its easy to forget that the Microsoft’s Kinect is not a device in its self unlike the iPad, which makes its figures that bit more impressive, and as Christmas gets ever closer, only time will tell if it can sustain its sales figures at the current pace.