Windows Phone 8, which will be released later this month along with the various other editions of Microsoft’s new-look operating system, is highly anticipated in the mobile industry, and there are a variety of reasons behind this. Although it’s a promising platform in itself, the initial devices – notably Nokia’s Lumia 920 – have a lot of prospective smartphone purchasers salivating, and to add to that, it looks as though Microsoft will indeed be releasing its own brand of smartphone for its fledgling ecosystem.

The Microsoft Surface has generated a considerable amount of hype over the past few months, and now BGR believes the Redmond-based company is planning to add its own smartphone to the mix. Yesterday, China Times leaked the device to the world, and BGR notes a trusted source who notified them some time ago of the software maker’s desire to compete with the iPhone 5 and Galaxy S III, as well as the confirmed Windows Phone 8 devices from the likes of Nokia, HTC and Samsung. That said, it won’t be available to purchase along with the initial batch of Windows Phone 8 devices, and is said to be in the latter stages of development at this moment in time.

It’ll be interesting to see the impact Microsoft’s own brand of smartphone will have on the market, and although no details have been released with regards to specification, we’ll expect it to be at the higher end of the food chain, probably packing in an 8-megapixel camera, dual-core processor, a gig of RAM, and so forth. Still, Nokia is pretty reliant on Windows Phone 8 for business in general, and will not be thrilled to see the software maker pushing out its own offering.

The general interest in the Microsoft handset will naturally be high, and will give consumers a distraction from the increasingly promising range of Windows Phone 8 smartphones from a variety of vendors. As well as the Lumia 820 and 920, HTC has also pushed out a couple of nice-looking devices, and the Samsung ATIV S – which looks like a "Galaxy S 2.5" – looks enticing with the brushed aluminum chassis. 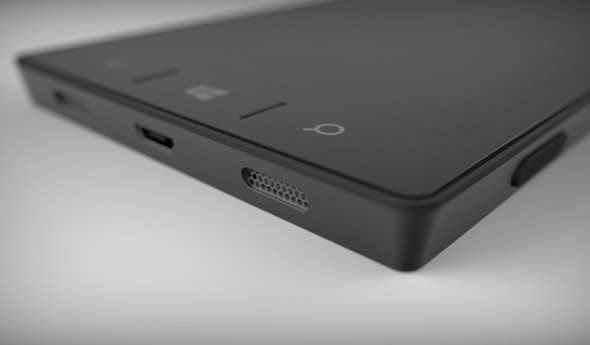 Windows Phone 8 buyers: Will you be saving yourselves for the Microsoft device, or have you eyes for the Lumia 920, 8X or ATIV S? Personally, I was considering the Samsung, but having seen how good the Lumia’s camera is, my heart is well and truly set on what’ll be my first Nokia purchase in several years.