If you happen to be the owner of a touch-screen tablet like the iPad or something similar, and also a big fan of Microsoft’s Office suite of programs, then you probably live under an umbrella of disappointment and are aware of the fact that the Redmond software giants don’t offer any native Office apps for the iPad. There’s been talk of the iPad App Store receiving some official apps from Microsoft, but up until now nothing has come to fruition, leaving some users extremely disappointed and having to look for alternative solutions to satisfy their need to create and edit documents on the go.

Services like OnLive Desktop could potentially offer a solution to those looking for the Office functionality on a tablet, but in some instances the virtualized experience just doesn’t sit right with some people. Besides, those individuals who really need to use Microsoft Office will generally not settle for anything less than an official experience, meaning that they will need to fall back on using the Office range of web apps that are offered by Microsoft. The new Office web apps were introduced a few weeks ago and have since had improvements that have been centered around performance and browser support, but the latest update to the experience brings something that will make users extremely happy – tablet  touch support. 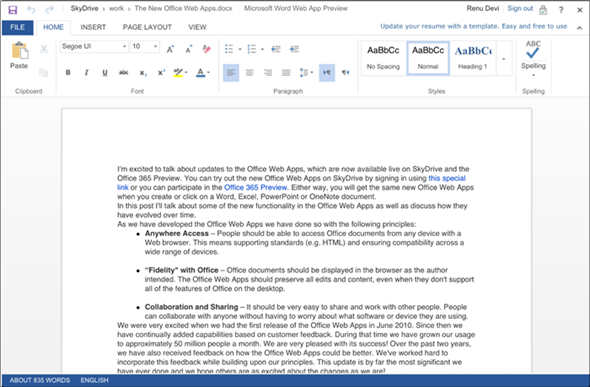 The developers behind the apps have produced a touch framework that is not only unified but also compatible across all of the platforms on which the applications are supported on, including Windows 8 and iOS. The framework also supports the individually recognized touch gestures that apply to each operating system, which is something that brings an extremely native feel to users who are already familiar with using certain gestures on their device. In developing the framework, Microsoft has attempted to bring precision touch control to their web apps, with meticulous detail being paid to trying to make the human finger as accurate as a mouse click. 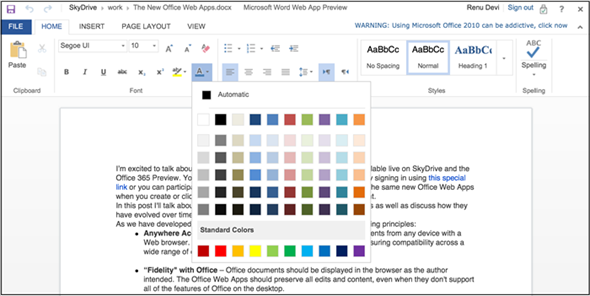 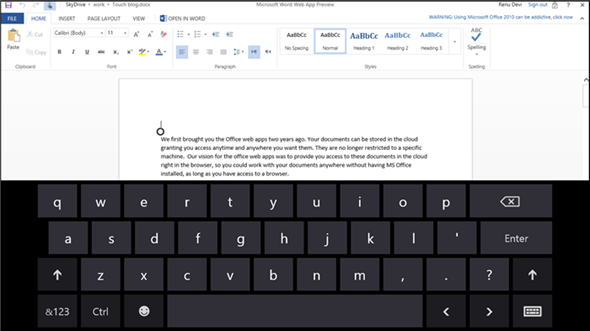 The update to the web apps brings a number of noticeable user-interface changes that make touching certain areas of the display a lot easier, without being able to accidentally touch something else and go through a bad user-experience. Microsoft has attempted to introduce simple and recognized gestures like swipes, flicks, pinches, long taps and drags to make the experience as simple and intuitive while making sure it feels as natural as possible to the user. Although the lack of real native apps from Microsoft will still be a source of discomfort to some, but the introduction of touch-screen support in their web apps will provide some solace, and if you’ve ever used an iPad before, then you should be up and running in seconds.