Almost-anonymous car company Faraday Future has taken the wraps off its first electric car during the 2017 Consumer Electronics Show which is taking place in Las Vegas.

The car, called the FF 91, is an all-electric car which is jam packed full of technology that not only rivals that of Tesla, but also surpasses it in some key ways. Rumored to be on the verge of collapse, Faraday Future was also believed to be related to Apple’s ongoing car related efforts known internally as Project Titan, but with that myth now dispelled, the company is edging ever nearer to launching its first car. 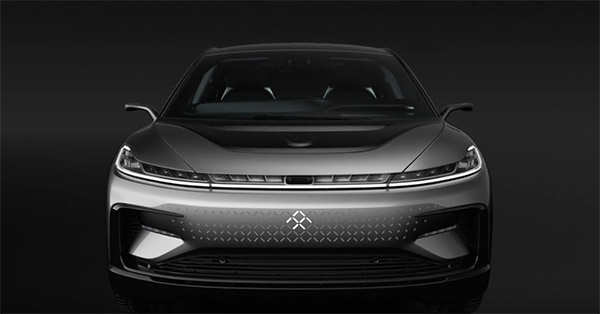 The FF 91 looks like it could be well worth the wait. Large HD screens, WiFi, fast Internet connections and profiles that sync driver settings between cars are the order of the day here, making the FF 91 at least look the part of the car of the future.

This thing has the performance of the future, too. During the announcement event, Faraday Future recorded 0-60 mph times for a Bentley Bentayga, a Ferrari 488 GTB, a Tesla Model X P100D in Ludicrous Mode, a Tesla Model S P100D in Ludicrous Mode, and of course the new FF 91. As it turns out, the new electric car was quicker than anything else on test recording a mind boggling time of just 2.39 seconds from a full stop.

If you can stop yourself from drag racing the FF 91 everywhere, you’ll be able to squeeze a 378 miles run out of the battery from a full charge, making it not only the longest range available in an electric vehicle thanks to the densest batteries available in an electric-car, but also comparable with the range offered from traditional combustion engines. More so, the recharge speed of the batteries found in the FF 91 is also the fastest in the market. 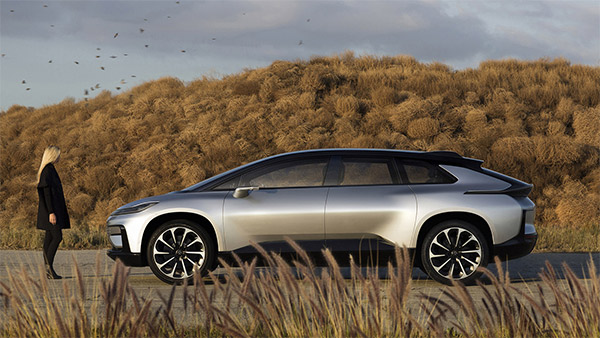 Anyone who wants an FF 91 can order one from Faraday Future for a refundable $5,000 deposit, although no final price has been announced as yet. Deliveries are expected to begin in early 2018, and we can’t wait.