It’s become somewhat of a tradition for Apple to announce the best and most downloaded free and paid apps on the App Store when the year comes to a close. In fact, it’s something that most of us actually look forward to as part of our discovery into what has been a hit over the last twelve months.

The Cupertino-based company has now added to that recap by posting a new video which shows a collection of the best movies, TV shows, apps, songs, and podcasts released in the last calendar year. The idea itself could potentially be endless given the amount of unbelievable content Apple has to feature across a number of chosen genres and categories. 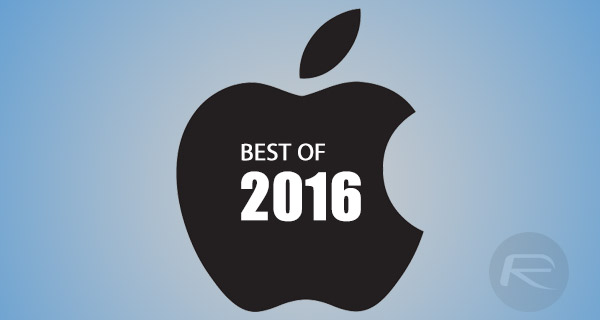 However, given the short attention span of a lot of people, the company has condensed the whole watching experience into just 54-seconds, with the video breaking inclusions up into individual categories like “What Mattered Most”, “We Celebrate”, and content that was deemed to be “The Most Fun.” It’s hardly surprising that the “What Mattered Most” category features songs like ‘Blackstar’ by the late David Bowie and the huge hit ‘Treat You Better’ by Shawn Mendes which catapulted the singer-songwriter onto the worldwide stage during 2016.

For those that simply like to throw off the shackles of seriousness and enjoy life, “The Most Fun” category contains movies like American Honey, the beautiful My Church song by Maren Morris, and the wonderfully charismatic Kubo and the Two Strings featuring a young boy who accidentally manages to summons a vengeful spirit from the past. For anyone who actually takes notice of Apple’s ‘Best Of’ lists toward the end of each year, a lot of these inclusions will actually be very familiar as they were featured in those published lists during December 2016. However, seeing them in video format adds a new dimension to the experience.

We highly recommend sparing 54-seconds of your day to consume this video by Apple, but if you just can’t dedicate that time then we have the list of inclusions below in their individual categories.