Just when we thought constant attacks targeting  tech and financial companies were over, a hacking group that calls itself AntiSec, mostly comprised of Anonymous and Lulz Security members, allegedly broke into Apple’s servers and stole some 26 administrative usernames and hashed passwords and posted them publicly. 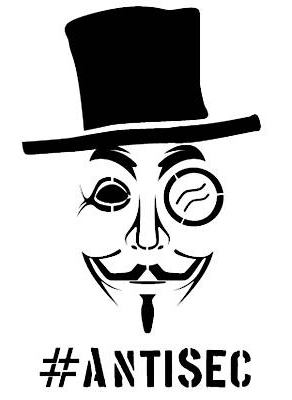 Apple hasn’t commented on the break-in as of yet, since the company is probably still scrambling to figure out what happened. What we know for sure, however, is that this break-in only affected internal login credentials, not public Apple ID’s. The details leaked are essentially harmless unless Apple’s local systems are accessed, therefore users with iTunes accounts or Apple ID’s shouldn’t have a reason to be worried.

AntiSec is a new hacking group, with members from the now-defunct Lulz Security and the hacktivist group Anonymous. While the latter associates its attacks with political or social causes, Lulz Security simply conducted random attacks on prominent organizations, such as Sony and AT&T, sometimes causing hefty damage. The two groups joined forces last month when Lulz Security was officially dissolved after its 50-day run.

This attack was clearly done without any political objective, as a distraction. A few weeks back, Lulz Security had "smashed into" iCloud and obtained a few login details, although thankfully the service wasn’t available publicly at the time (and still isn’t):

After mapping their internal network and thoroughly pillaging all of their servers, we grabbed all their source code and database passwords, which we proceeded to shift silently back to our storage deck.

Although neither of these attacks have caused any serious damage, Lulz Security, Anonymous and the combined entity has caused a fair amount of damage in the past, starting with "Operation Sony", a coordinated attack on the PlayStation Network that led to thousands of user details, including credit card numbers and home addresses, to be leaked and caused a month of almost uninterrupted downtime, followed by smaller attacks, most of them by Lulz Security, throughout the month of May. The attacks caused Sony to lose a total of $173 million repairing the services and refunding its customers.

This year has definitely been the most intense yet as far as hacking, with many well-known companies being broken into, including AT&T and even the IMF.