Sony has announced today that it plans to partner with Activison to introduce yet another gaming bundle to the market, this time based off of the highly popular – practically a household name – first-person shooter, Modern Warfare 3. The bundle will include a 320GB PS3, and of course, a copy of MW3 for the decent cost of $299.

Now unfortunately, if you were expecting a special edition console, then you will be quite disappointed. Unlike what Sony did with the Tales of Xillia special edition console + game bundle, or even the Final Fantasy XIII bundle in the past, the console has no aesthetic changes to make buyers shiver with warmth and fuzziness. Which kind of sucks, considering that the Xbox 360 MW3 special edition has some pretty cool artwork on it. The timing of this release is also a little weird; you’d think that they’d have it ready on MW3 launch day to seize the hype and buzz that’s the inevitable side effect of the new game smell. 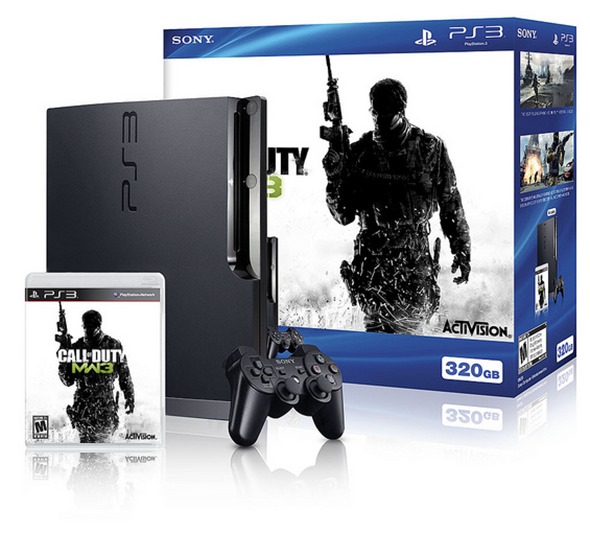 Nevertheless, it is still a fairly decent deal. You’ll be able to get a regular, well-endowed in the capacity department PS3, along with a game that you’d probably want to own anyways to play with friends, all at a pretty good price. And, by the looks of things, next-generation consoles are still sufficiently far off in time to justify purchasing an existing current-gen console now.

And while we’re on the topic of bundles, I’m curious to see whether Sony has plans to also offer a subsidized, special PS3 to compete with the bundle that Microsoft unveiled for its Xbox 360 and Kinect quite recently. Perhaps Sony could offer a PS3 + Move bundle. While Microsoft seems to have expressed plenty of interest in making the Xbox 360 more than just a game console (i.e they want it to be the king of the living room), I wonder where Sony lies on that. I mean, they do often tout the device’s Blu-ray support, so they must have some interest in the entertainment-beyond-gaming value of the system, right? 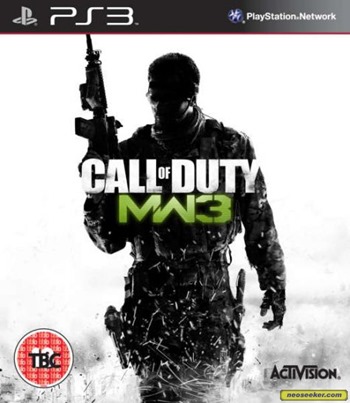 But, anyways, enough rambling off-topic. The MW3 and regular – non-swagged and boring – 320GB PS3 bundle will be available starting May 25th, again at the pretty decent price point of $299.