Great news for anyone who is taking advantage of LIFX lights after the company announced via a support page on its website that it will soon be offering support for Apple’s HomeKit. The update, made as part of the company’s support website, outlines plans to bring HomeKit support to LIFX lights in February of 2017.

The devices that will support Apple’s home automation framework will include the “Generation 3 LIFX (A19/BR30) and LIFX + (A19/BR30) product lines.” 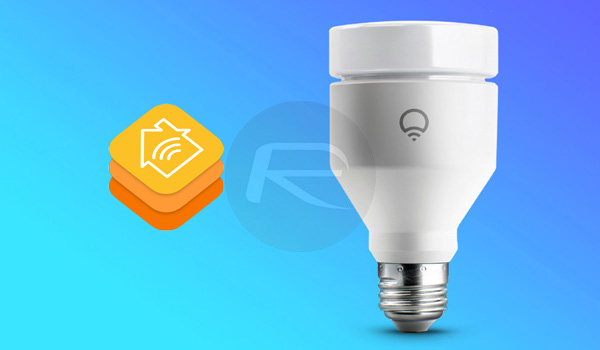 Support for HomeKit allows for more deep integration with iOS and iOS automation apps, giving users the ability to control their LIFX apps via the iOS Home app as well as other HomeKit-compatible solutions. HomeKit compatibility also means being able to control the bulbs using Siri voice control.

LIFX has confirmed that both the 3rd-generation LIFX and LIFX + product lines already include the hardware required to make HomeKit support possible, which explains why a software/firmware update will be all that is needed in order to make the magic happen.

It’s mixed news for those with existing LIFX products though, because while the company is working with Apple to allow for HomeKit support within its older products, no timescales have been given for when that may bear fruit for users.

We are working closely with Apple to develop a solution to bring HomeKit capabilities to the currently shipping products.

The folks behind LIFX promise to keep users up to date on the progression of HomeKit support within the company’s products, and once that support arrives, iPhone owners will be able to take advantage of much tighter integration between those products and their iPhones and iPads. Standards are what have the potential to make home automation truly take a foothold, and HomeKit is one of those that could push things like smart lights to the next level. Let’s hope LIFX can meat that self-imposed February deadline.

If interested, you can get LIFX generation 3 bulbs for $59.99 right now.