Google has hooked up with several reputable vendors in order to push its Chromebook brand of notebook, and although things have gotten off to a fairly good start, it has to be noted that the search company’s laptops have yet to faze those on the hunt for a truly high-end notebook. A leaked video, which may or may not have originated from the Mountain View-based company, appears to indicate a new direction for the Chromebook. Dubbed the ‘Chromebook Pixel’, it’ll supposedly take a swipe at the heart of the high-end market – currently dominated by Apple – in boasting a 2560 x 1700 resolution display.

The video also implies Google will – rather than relying on the likes of LG or Samsung to make its products – assemble its own engineers to bring the idea to a reality. While it’s important to remain calm and not get too carried away – particularly since there is no way of verifying who exactly created the video -  the thought of a Google-built and Google-branded notebook at the high-end of the market is bound to cause excitement. 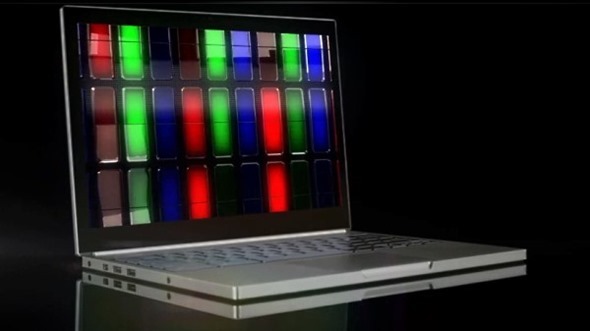 The video makes much of a desire for more pixels, but also hints that said display could be responsive to touch. It’s certainly not beyond the realms of possibility that Google could be planning such a machine, but at this point in time, we’re cautious as to the authenticity. Fans of companies love putting their dreams and concept ideas to good use in cooking up videos such as these, but with the Chromebook branding having made a solid start in the market, going for the jugular of Apple tends to always be the Big G’s next Big step.

So, what’re we thinking here – is it the real deal? The video is, it would appear, taken from Slinky – an agency that may have done work for Google in previous times. But then again, anybody looking to fool the world would want to make it seem as plausible as possible, and the fact well-known developer François Beaufort says the notebook is undergoing testing at Google’s Mountain View campus doesn’t carry a helluva lot more weight than all the other, unverifiable hearsay.