A pair of photographs have emerged from China that provide us with a welcome break from the speculation surrounding Apple’s next-generation iPhone.

Rather than showing what is purported to be a rear case for the new iPhone, or an “official” Apple schematic of the device, the two images that have made it into the public domain this morning show what is alleged to be Apple’s next-generation 12.9-inch iPad Pro, or the iPad Pro 2 as it is being referred to. The images have been provided by an anonymous tipster, and are said to have been captured at source by an individual working within Apple’s Asian supply chain. 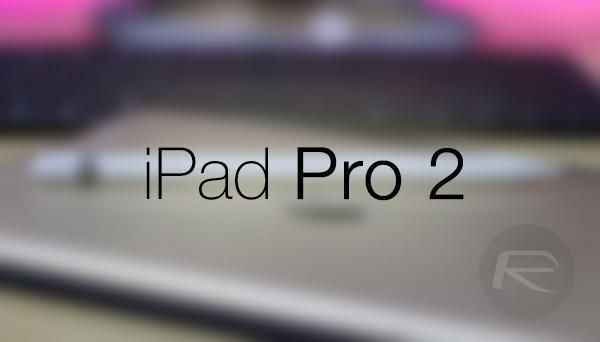 It’s immediately evident from the images that there isn’t enough of the device on show to actually get us to analyze its form factor and design. The rather poor quality images are taken from a close range, and show a black and white “iPad Pro 2” running the native iOS Settings app, loaded up to show the “About” information of each device.

The devices are shown to be carrying  model number MH1C2CD/F, which is currently not assigned to any iPad models that are currently, or have previously, been available for sale to the public. It’s also a model number that does follow Apple’s conventions.

The information in Settings shows that the device is carrying just 12GB of internal storage, which is basically enough to have iOS installed and a select few apps to be used for internal testing. It makes sense that internal prototypes would be loaded up with smaller internal storage to bring testing costs down and allow the hardware to have the minimum amount of capacity necessary to go through testing. 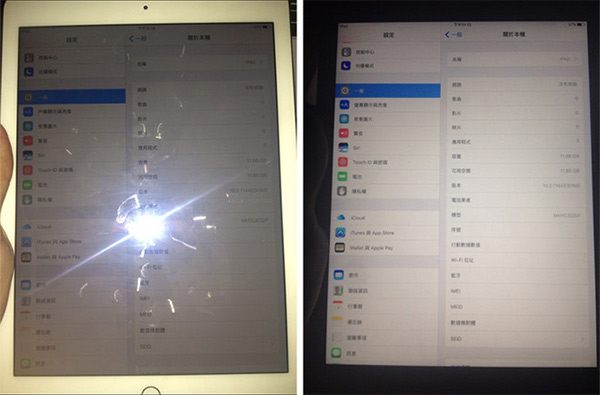 Other than that, there’s not much more that can actually be derived from these images at this time. There’s definitely no immediate reason to doubt the authenticity of the photographs, but conversely, there isn’t anything concrete or bullet-proof that guarantees the images to be real.

Apple is expected to have some form of announcement regarding an iPad Pro refresh this coming September, which will likely include a faster processor, an improved camera experience, and a small display tweak (True Tone Display) to make the display fall in line with the 9.7-inch iPad Pro.