This iOS 13 concept by designer Guilherme Martins Schasiepen attempts to imagine what Apple’s next major iteration of iOS could look like running on iPad Pro and based on some of the major rumors and speculation which has been circulating in recent weeks.

It’s worth mentioning immediately that this iOS 13 concept definitely showcases ideas that are almost guaranteed to never see the light of day and actually make it into a public release by Apple. 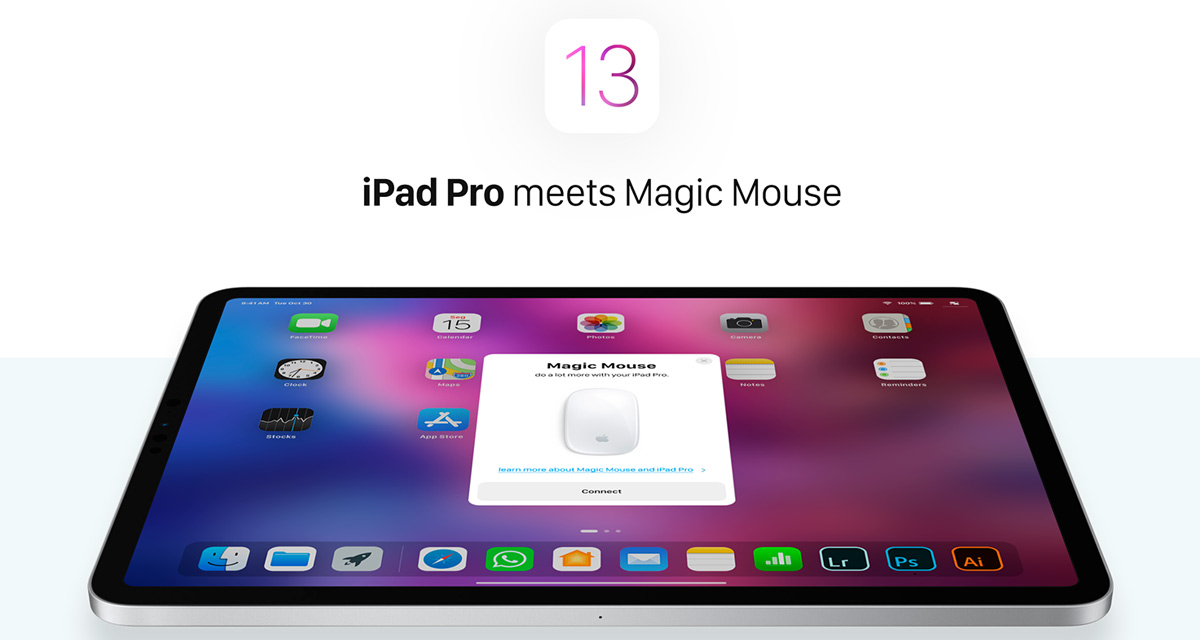 But, after all, that is essentially the beauty of a concept, right? The interesting thing is that a lot of the ideas showcased in the concept are actually based on recent speculation and information leaked into the public domain by so-called trusted sources, such as new navigation features and added mouse support for Pro hardware.

This particular concept doesn’t look to try and entirely re-imagine the iOS operating system, but instead looks to try and add certain features, tidbits, and enhancements to dramatically improve the overall user experience.

That includes the idea of floating apps, an improved drag and drop experience which ties-in nicely and logically with the addition of an Expose-esque feature, and even a brand new Control Center interface which is recognizable but looks a lot more mature and grown up. Schasiepen has also added smart corners and stolen the Stacks feature from macOS and decided that it would work well on iPad running iOS 12. 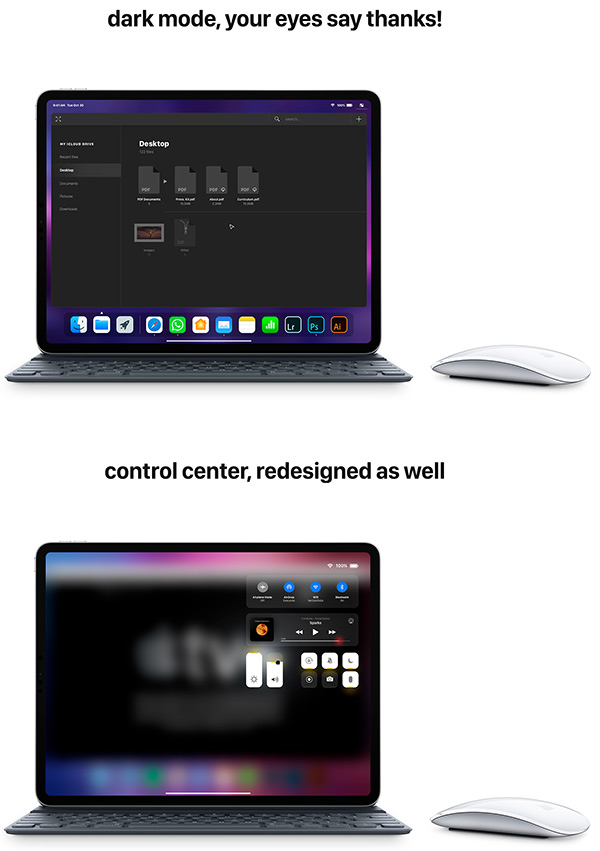 To give some additional insight into the idea of smart corners, the feature would essentially allow a user to drag a file to any corner of the display with smart corners set up and immediately get presented with a new interface that shows all available applications. The file could then be dropped onto any app. 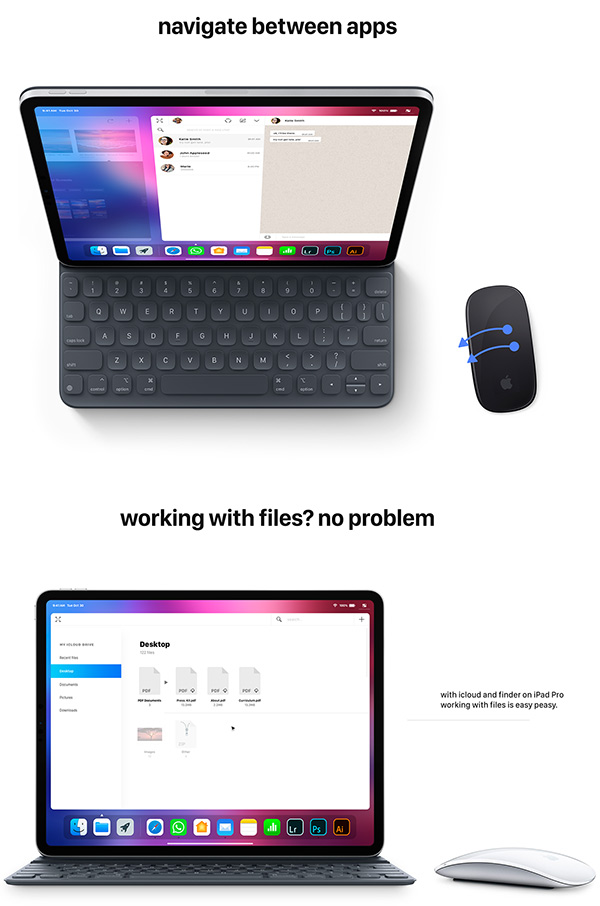 As per speculation earlier this week, this particular concept also floats the idea of having mouse support, both for Apple’s own Magic Mouse hardware and likely third-party solutions that a Pro user may already be invested in.

It’s likely that all of these features will not be present in the software that Apple presents to the public during this year’s WWDC. However, we could definitely see one or two of them sneak in. What’re your opinions? Do you love what’s being imagined here?