Most of the tv-loving world may already be invested in the ever-changing world of Game of Thrones but that doesn’t mean that there is no benefit of going back in time and seeing how the struggle for the Iron Throne began. And now, with this insane deal on Amazon, you can pick up the first season of GoT on full glorious Blu-Ray for just $11.99.

We really don’t know if the creators of Game of Thrones had any real idea that the series would become the globally successful phenomenon that it is right now. But, here we are now, with Season 8 out in the wild and the world once again going crazy for the show in order to see how the characters develop and how the storyline pans out. If you have yet to get involved in the show, or just want to go back to the beginning, then this full Season 1 Blu-ray collection is the perfect gift to yourself. 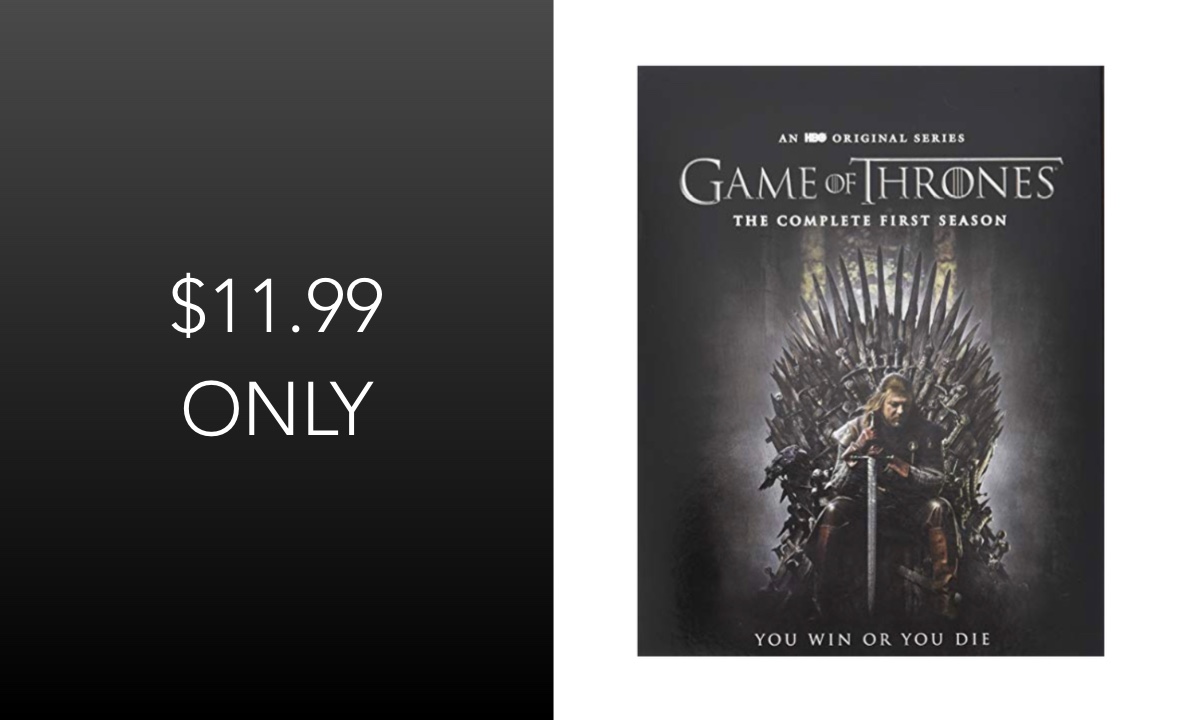 It’s hard to believe that this collection of episodes takes us back to 2011 when the Game of Thrones journey began and we were first introduced to the TV adaptation of A Song of Ice and Fire. We had our first taste of Westeros and Essos. We were also introduced some of the most iconic characters in the show for the first time, some of which are sadly no longer alive or present, but will forever be a part of the Game of Thrones experience for all of the hardcore fans out there in the world.

This purchase gets you all ten episodes of the first season on Blu-Ray and includes additional content that you may have not seen before. Those episodes include “Winter is Coming,” “Lord Snow,” “A Golden Crown,” and the final episode of the Season, “Fire and Blood.” This is definitely a must-have for any serious TV fan and definitely for anyone who wants to own what is likely to go down as one of the most iconic TV series of all time. And, to be honest, at this price, it’s worth having even if you’ve never heard of Game of Thrones or just want to chance that you will enjoy it.