Having an Android device is certainly nice, owing to the open source nature of the platform. You can do all sorts of customizations, change pretty much everything in the OS itself, and if you’re really into it, completely change the look and feel of your device (software-wise, that is). However, as with any Linux based system, the true potential is unlocked when you gain superuser access, commonly known as rooting your device. These days, rooting is a fairly easy process, and you can find several tools that will help you get root access on your Android smartphone or tablet. Nevertheless, nothing beats a one-stop solution, and that’s what Kingo Android Root is offering. Let’s take a look.

Kingo Android Root is a well-designed, aesthetically pleasing application for Windows based computers that forgoes the device specific route, and offers rooting for a lot of Android devices from a variety of manufacturers. Supported phones include the likes of Google Nexus lineup, several HTC devices including HTC One, One X, One V, Droid Eris, Motorola Defy, a number of Samsung phones, popular LG devices and some smartphones from Sony. It offers a true one-click root experience, where you have to just download the application, install it, connect your device and click Root. 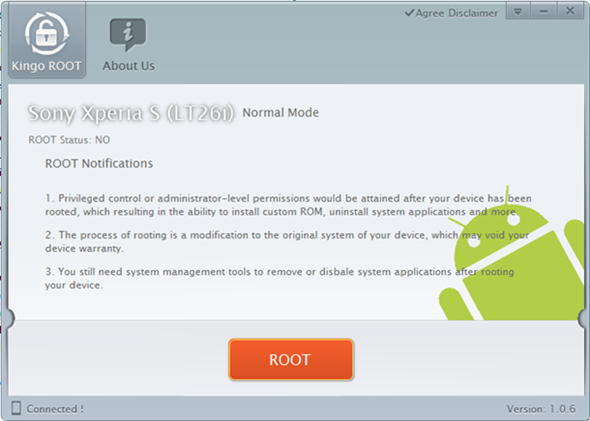 There are very few things that you need to be mindful of. When connecting your device, you need to have USB Debugging enabled in Android settings. There’s no requirement for pre-installed device drivers, as the software will take care of that for you. In fact, it will give you the Root option only after the drivers have been properly configured. Past that, all you have to do is hit the Root button, and let the application work its magic. 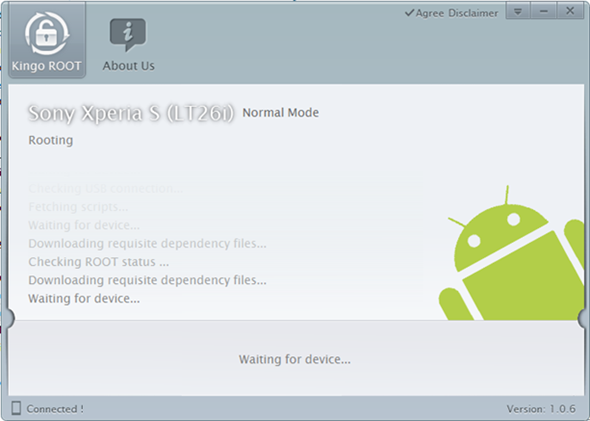 During my testing, I tried rooting two devices – a Sony Xperia S LT26i and a Samsung Galaxy Note N7000 – and both of them worked perfectly with successful root access. The app pushes SuperSU binaries which are slightly outdated, but get instantly updated to the new version thanks to Google Play. However, it won’t install a custom recovery, so that part you’ll have to take care of manually. 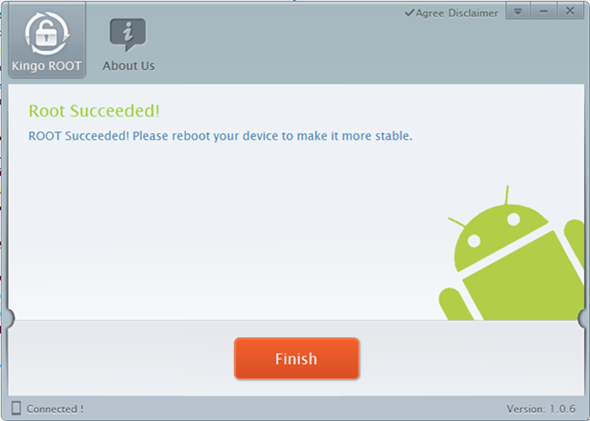 It remains unclear if there are any other requirements, specially with respect to bootloader status, as both of my devices had unlocked bootloaders and the official website doesn’t say much in this regard. Nevertheless, it was the most pleasant one-click root experience that I’ve had to date, considering that it was most hassle-free and true one-click method. Kingo Android Root supports Android versions up to 4.3, and can be grabbed at the link here: kingoapp.com/android-root.htm