Sony’s launch of the PlayStation 4, and the subsequent interest from gamers around the world, has probably exceeded the company’s own expectations. Anyone looking to get in on the PS4 action will likely find themselves in a position of having to wait for stock to become available in the coming weeks, which in itself is testament to how successful the launch has been for Sony. With that said, it seems that all isn’t rosy for those who already have the console after finding out that certain games, Killzone Shadow Fall being one, don’t quite live up to the full HD 1080p promises that were made by Sony as part of their early marketing campaign.

Native full HD 1080p gaming was one of the many promises made by Sony that set their console apart from Microsoft’s Xbox One. Sony even went extremely granular in their marketing approach by mentioning specific games as part of their attempts to entice users over to the side of the PlayStation 4. Killzone Shadow Fall was one of those games, with a November 2013 blog post making the claim that the latest iteration of the Killzone franchise would not only feature a competitive new multiplayer mode, but would support up to 24 players at any given time and output at native 1080p achieving 60 frames-per-second. 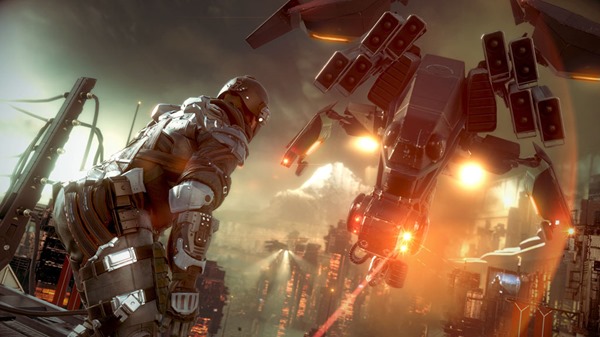 It all sounded great at the time, and more than likely managed to pull in a few users, but it turns out that the promises made are not actually true. Killzone’s epic single player mode isn’t where the problem lies. As promised by Sony, the single player campaign in Killzone Shadow Fall does indeed output at a native full HD 1080p resolution. However, it seems that the advertised multiplayer mode sacrifices resolution in order to bump up the frame rate in what could be considered a visual performance trade-off.

An investigative blog post from CraveOnline provides a little additional insight into the problem:

Killzone: Shadow Fall outputs at 1080p in single-player and multiplayer, but it isn’t native. It uses a unique processing method that blends 960 x 1080 images together. Therefore, the 1080p advertised on the box isn’t inaccurate. Sony’s imprecise marketing is still valid, though.

We’ve just crossed the three month mark since the PlayStation 4 was released and we’ve heard very little about this issue. The likelihood is that the majority of gamers haven’t even realized the difference between native 1080p and the blended solution that Killzone uses.