If you are a regular developer of WPF and Silverlight based application then you must be aware of XAML – A XML based standard language created by Microsoft which is used in Windows Presentation Foundation / Silverlight stack of .NET Framework 3.0 and above.

Even though the tools(Expression Blend and Visual Studio) provided by Microsoft has support for editing XAML, but these tools doesn’t provide the full flexibility and power which a hardcore programmer of WPF and Silverlight would like to have. Comes in Kaxaml, a lightweight free XAML editor which gives you full power and flexibility to edit pure XAML code with intellisense-like suggestions and live previews in "split view" to harness the true power of XAML. 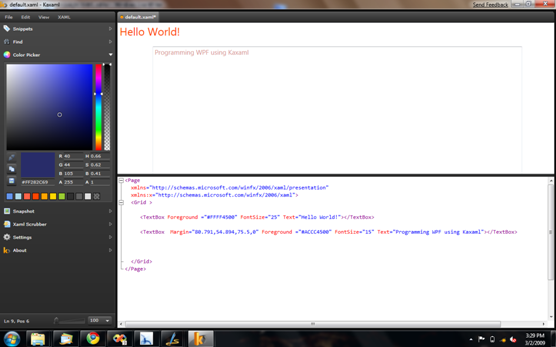 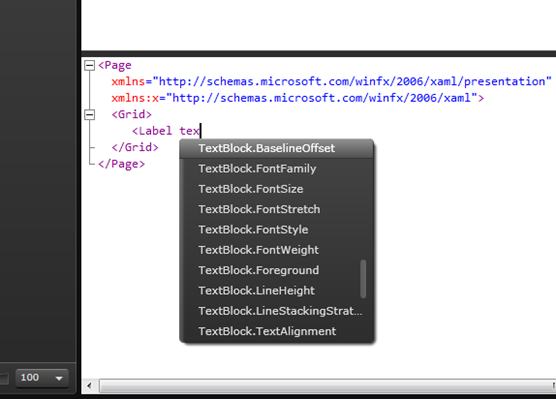 One feature that I really like in Kaxaml is the ability to add Snippets. There are handful of snippets like “SimpleStyles” already included in Kaxaml and they all are pretty good, but you can even write your own if you want!

Robby Ingebretsen – the creator of Kaxaml has been working with WPF and Silverlight ever since the days when it was known as Avalon. He was part of the original team at Microsoft for WPF who created the WPF control library. Robby recently presented two workshops at MIX09.  The first was Design Fundamentals for Developers and the second, with Jaime Rodriguez, Hiking Mt Avalon.

Robby has the entire source code of Kaxaml uploaded for everyone to see at Microsoft’s CodePlex website.