Cydia is definitely no stranger to tweaks and enhancements that are created with the intention of improving the rather lackluster multitasking experience which Apple has provided with iOS. Developers have gone about handling and displaying background apps in their own unique way, some of which were extremely good and some just downright terrible. The new jLauncher tweak is yet another personal implementation of multitasking, but one that makes use of the full-screen interface and is sure to delight many jailbroken iOS users.

The jLauncher package is all about making the most out of a feature that doesn’t actually play a large part in a lot of iOS users’ lives by maximizing the available screen real-estate and attempting to get as much relevant information onto the display as possible. The stock view of the iOS multitasking switcher basically provides a small bar along the bottom of the display that shows the last four backgrounded apps in a row. Swiping left or right on this bar reveals an additional four row of apps, or the quick media controls, depending on the direction of the swipe and the current location at the time. 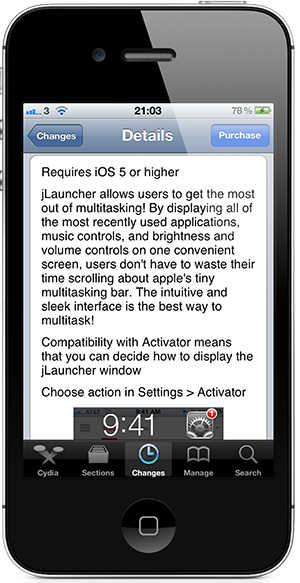 jLauncher changes the entire way how multitasking is handled by first of all bringing compatibility with the Activator package. Users can now choose the exact method which they want to use to invoke the multitasking interface. Overwriting the existing double home button tap is possible, as is entering backgrounded apps by shaking the device, swiping from one of the corners or assigning a variety of other actions that are supported. The developer has also used the the display size to display running apps as well as currently playing music information and media controls all in one interface.

Currently running apps are displayed on the right hand side of the display and can be swiped vertically to see more. Album artwork and music information is displayed front and center, with volume and brightness sliders being constantly accessible from the bottom of the interface. As someone who uses multitasking regularly, I would argue that this method doesn’t really offer any quicker access to the relevant information, but it does look good and brings a different visual look to iOS. 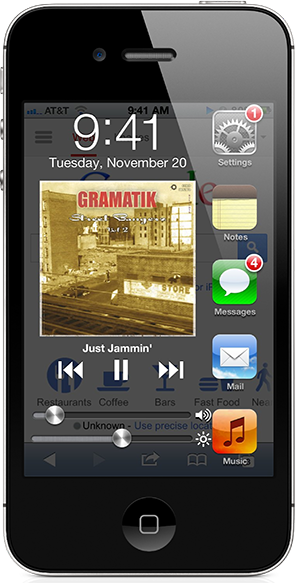 Although there are other similar tweaks out there as mentioned before, such as Aero, Multifl0w, Dash, MissionBoard and Imperium for iPhone that offer eye-candy to the user, but the thing that makes jLauncher stand out from the rest is the functionality it offers, but sacrifices a little when it comes to polish. To put it in more simpler words; jLauncher keeps everything front and center cuts down the need to swipe through different views to perform a certain task.

jLauncher is a commercial package that is available to download from the BigBoss repository for $1.99 and requires a jailbroken device with iOS 5 or above installed.