How To Disable Lock Screen Widgets And Camera In Android 4.2 Jelly Bean

Sometimes, even little things that we usually don’t pay much attention to, can have a significant impact over anything. Take the Android 4.2 update, for example. It was an incremental update – technically not much feature loaded – but it brought some things that captured the audience much more than many prior major updates combined. The feature that I am talking about in particular, however, is not a game-changer – it’s merely a convenience that has been added to the AOSP, making lives easier in the process for millions of Android users. I am talking about the ability to display widgets on lock screen and launching camera directly from the same.

Before I ramble on, let me tell you one thing. I have been a die-hard Apple fan; or rather, an iOS fan (since I don’t have any love for all-things-Apple). Then, with iOS, jailbreaking, too, had been inevitable, because of the liberated feeling that it imparted to Cupertino’s otherwise-Shawshank-like closed operating system. When I crossed over to Android, one of the things that had grown on me was iOS’ ability to launch the camera from lock screen directly, and jailbreak tweaks that let me glace my complete agenda for the day right from the lock screen. Android 4.2 addresses both these, among several others.

The flip side to this coin is the fact that not everyone would feel comfortable displaying information on their lock screens, or leaving the possibility of potential access to their personal data just because they can take photos faster. Of course, this might not apply to you, but to those whom it does, we bring Lockscreen Policy – a free Android app that bars widgets and camera quick access from your phone’s home screen. 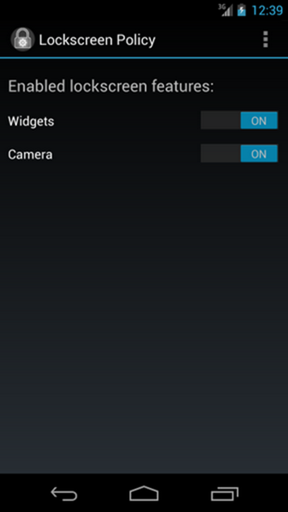 To its credit, the app has merely two toggles, after which you just have to activate the service as device administrator. The funny part is that the API – introduced in Android 4.2 – that the developer is using to make the app work, was actually meant for locking down devices, not customizing the lock screen, but he made it work to his needs anyway. Don’t you just love the power of open source? 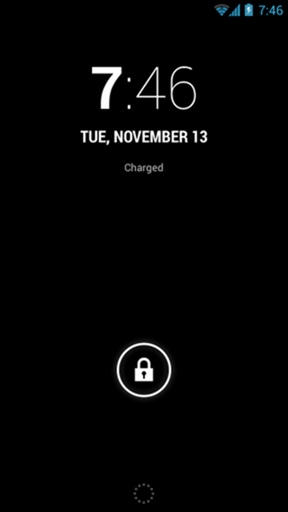 Lockscreen Policy is compatible with all versions of Android, although you’ll only find any use for it on Android 4.2 or above. The application is a very tiny, weighing in at a mere 38KB, and can be grabbed at the Play Store link below.