Popular Apple TV jailbreak tool Seas0nPass has recently been updated to provide a jailbreak for the 2nd generation model running on the very latest 5.2.1 (iOS 6.1.3 – 10B329a) software. Details on where you can download Seas0nPass, as well as how you can apply the jailbreak to your Apple TV 2G, can be found after the break.

With jailbreak developers tending to focus their efforts on the portable iOS devices, only those in ownership of the older model have been able to see any kind of jailbreak. In fact, the 2nd gen Apple TV commands a higher price than a brand new 3rd gen device on auction sites like eBay, with those not keen on the "walled garden" structure of Apple’s software looking instead for the freedom offered by a jailbreak.

The very latest 5.2.1 firmware (iOS 6.1.3) for Apple TV was released on March 19th which patched the Evasi0n untethered jailbreak available for Apple TV 2 users on 5.2 firmware. Although this updated Seas0nPass jailbreak for 5.2.1 firmware is of the tethered variety, the nature of the Apple TV means it’s pretty much as good as an untethered. Whereas with an iPhone or iPad tethered break you need to be careful about switching your device off all the time, most Apple TV owners tend to leave the little black box connected indefinitely to the mains, and provided you do so, you won’t need to keep hooking it up to your PC or Mac to reapply the jailbreak.

There are many benefits to using an Apple TV jailbreak, namely the ability to run unsolicited apps at the drop of a hat. The famed XBMC is arguably the primary reason why most folks seek to jailbreak their Apple TV, and if you do happen to own the older 720p 2nd-gen version, the process from stock to jailbroken is actually not all that cumbersome. 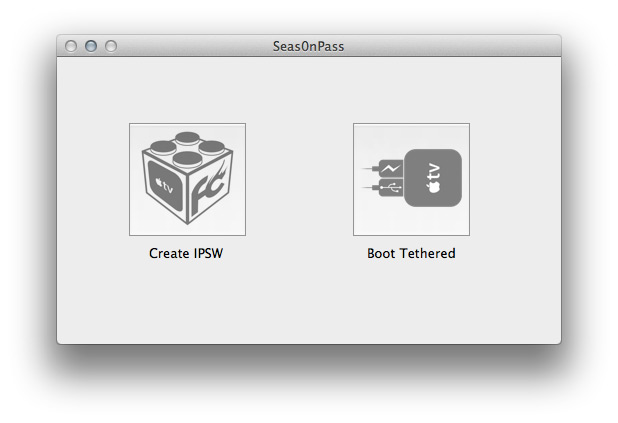 Our old tutorial detailing the steps of jailbreaking Apple TV still applies, so if you do want to go ahead with the process, please check out the guide on how to jailbreak Apple TV. It will, of course, require you to download the latest version of Seas0nPass for your Windows or OS X machine, and both files can be found at the foot of this post.

We hope, in future, to see a jailbreak of the 3rd-gen Apple TV, but with well over a year since its release alongside the iPad 3, those desperate for the freedom should embark on sourcing a 2nd-gen model and following the aforementioned steps to jailbreak.