myTube For Windows Phone 8 Is A Beautiful, Feature-Rich YouTube App

Whatever your thoughts on Windows Phone 8 might be, it’s hard to argue that it doesn’t hold a lot of potential. In a world where iOS and Android rule the roost, it’s refreshing to see something like Windows Phone, whether it’s your choice of mobile operating system or not. The undoubted problem with Windows Phone though, is its lack of quality apps.

One particular area where Windows Phone just saw things improve though is YouTube clients. Until recently, MetroTube was the Windows Phone YouTube client of choice for the vast majority. That may be about to change thanks to a new app that promises to offer everything needed of a YouTube app with a few bells and whistles thrown in for good measure. 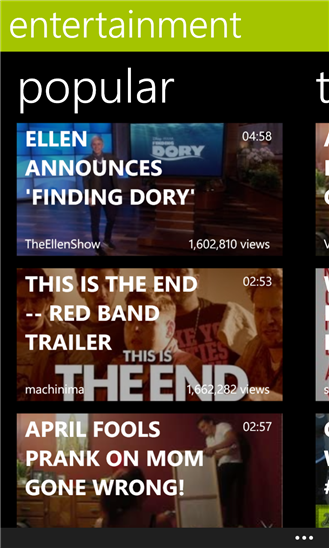 Available for $0.99 in version 1.0 form right now, myTube is without a doubt one of the best looking YouTube apps around. Just to be clear, that’s on any platform. Including iOS.

In fact,we’d argue that YouTube is perhaps the most Windows Phone-like 3rd party app we’ve come across in a long time, which is something the platform has struggled with in the past. Even some of the better Windows Phone apps have been lacking on the aesthetics front, with the most visually pleasing apps on the platform coming courtesy of Microsoft themselves. This though, is gorgeous.

Features-wise, there’s everything you’d expect but with one diamond thrown in for good measure. 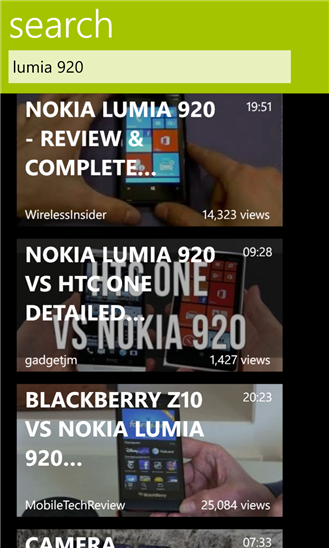 With myTube, users can start a video playing and then go off and explore YouTube without that video stopping. There’s nothing more irritating than starting a video and then wanting to do a search for another one, or read some comments only to have the video abruptly stop because you’ve backed out of it. With myTube, that doesn’t happen. It might not sound like much, but it can be a big deal. Trust us! 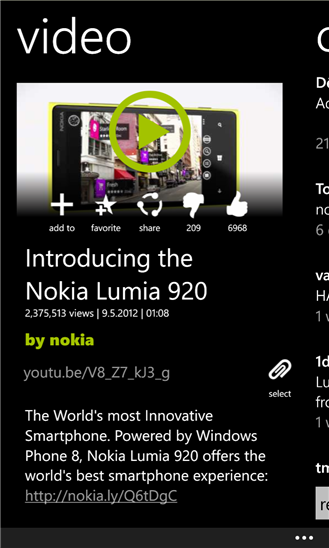 We’re really impressed with what we’ve seen of myTube, and if you’re a Windows Phone 8 user then it’s well worth checking out, even if you’re not a big user of YouTube. If you do spend time watching Google’s video service on your phone though, myTube is a no-brainer, surely.

C’mon, it’s less than a dollar. What have you got to lose?