Apple makes a number of premium products, but it is mainly the iPhone and iPad that have stolen the limelight in recent years. Their smartphone and tablet range are clearly their most successful products in recent years, but one of their other media devices is starting to gain some traction now, thanks to recent hardware and software updates.

Apple announced the new and improved Apple TV during their San Francisco media event at the beginning of March, bringing 1080p video streaming to the set-top box as well as well as dedicated section of the iTunes store for high-definition movies. They also announced the release of the iOS 5.0 (iOS 5.1 9B179b) firmware for the existing second-generation unit (iOS 5.1 for all other iOS devices) that brings an entirely re-imagined user interface and a number of new native applications. The updates have obviously pleased the masses of Apple TV fans out there, but the jailbreak community is only really concerned with one thing – when will my Apple TV be jailbroken?

Popular developed ih8sn0w has pushed out an update to his Sn0wbreeze restore based jailbreak utility taking it to version 2.9.3. The point update is relatively small in size and doesn’t bring any earth shattering changes, meaning that it has gone relatively unnoticed by many, but it does bring some support for the Apple TV 2 units on firmware version 4.4.3 / 4.4.4. The official change-log has been given as follows: The added Apple TV 2 support for the older firmware versions may seem like a rather unnecessary addition considering Apple have pushed out iOS 5.1, but the update is to account for those users who have previously dumped their SHSH firmware signatures for untethered jailbreak. ih8sn0w does make mention in his release notes that those using Sn0wbreeze to jailbreak the Apple TV 2 should expect to see a blank black screen for approximately sixty seconds on the initial boot post jailbreaking, which is entirely normal. 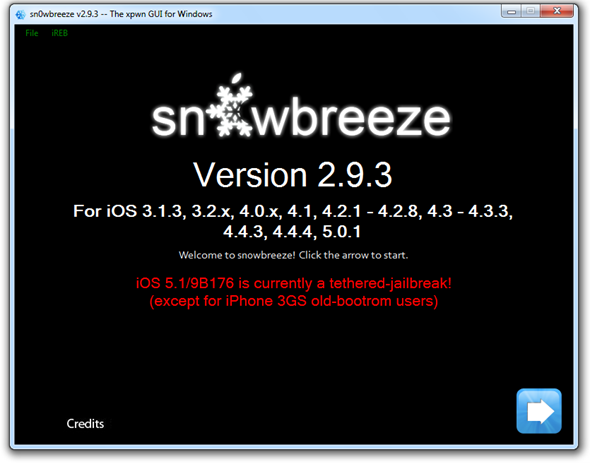 This version of Sn0wbreeze of course can also be used to tether-jailbreak iOS 5.1 on all iOS devices except iPhone 4S, iPad 2, and the new 3rd-gen iPad and Apple TV. For those interested in using Sn0wbreeze to perform a tethered jailbreak on the latest iOS 5.1 firmware for the iPhone, iPad and iPod touch can find full instructions in our how-to guide.