Is Your iPhone Affected By The iOS New Year’s Day Alarm Clock Bug?

You’ve heard of the Apple iPhone right? You know, the revolutionary device released in 2007, that changed the way we think about smartphones and pretty much made sure that other manufacturers had to raise their game when it came to cell phone design? 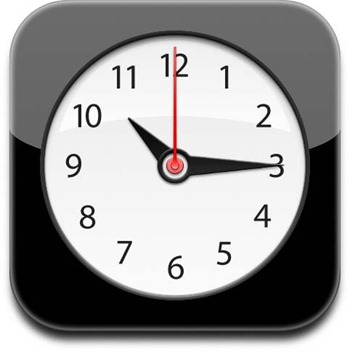 If you have been an iPhone user for more than twelve months then you will of no doubt discovered the iPhone’s kyrptonite – January 1st. When the world welcomed in 2011 at the turn of midnight last year a mass of iPhone users suddenly found themselves experiencing issues relating to the alarm clock function of the device. If the user had set themselves a one off alarm, for one reason or another the alarm was failing to activate. The New Year’s Day bug is very similar to the daylight savings troubles that users were having in November.

It was quickly discovered that the problem occurring on New Year’s Day only seemed to affect users who were setting a one time alarm on and running iOS version 4.2.1, although it later transpired that early versions of iOS 4 were also experiencing the problem. So what did Apple do about the issue? Well in response to various articles being published about the problem, they issued this brief statement:

We’re aware of an issue related to non repeating alarms set for January 1 or 2. Customers can set recurring alarms for those dates and all alarms will work properly beginning January 3.

Well, new year’s day has come around again, and once again it seems the turn of the year has the beating of the iPhone alarm clock. Are you an iPhone owner and experiencing this problem? Well the answer might be to connect that device to your computer and make sure you have the latest version of iOS installed. Logic dictates that if you had the issues last year whilst running an early version of iOS 4 and have yet to update your device in that time then the problem will still occur.

If the prospect of updating your firmware terrifies you then worry not, you simply need to connect your device to your computer using the supplied white USB cable and open up iTunes. The wondrous black magic will do the rest and provide on screen prompts walking you through the process. However, if you are an iPhone 3G user, unfortunately iOS 4.2.1 is the latest iteration of the software that you can install. If that applies to you then I guess you shall have to sit back and enjoy the long lie-ins until Tuesday.