Users of iPhones come in all shapes and sizes, but when you find a proper hardcore fan of Apple’s smartphone then the chances are pretty good that they’re also rather keen on a spot of science fiction. We’d have to count ourselves firmly in that category, and we’d definitely argue that it’s no bad thing.

It’s for that reason that a new app with a particular movie tie-in may do quite well, but let’s start at the beginning.

Fans of the Avengers movie last year will probably already have seen the new Iron Man 3 movie. It’s not brand spanking new, no, but it’s new enough to be landing on iTunes in the last day or so, and it’s available complete with iTunes Extras, meaning you’ll get more than just the standard movie when you hand over your $20. Sweet. 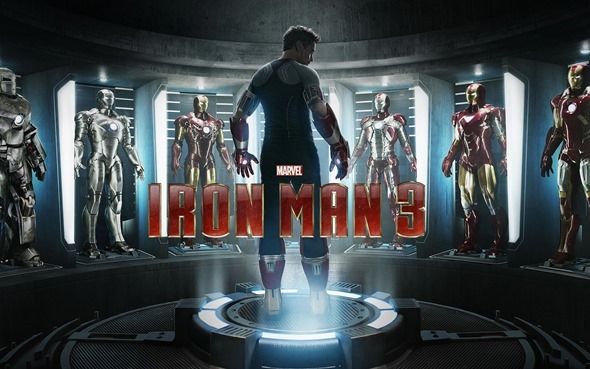 What really caught our attention about all this though is the fact that the folks at Marvel weren’t content to just launch the movie and then sit back, raking in the money as people throw it at them. Instead, they also began work on a JARVIS-themed iPhone app, with the thing apparently being released next week.

For those that have been living in a cave for the last few years, JARVIS is Robert Downey Junior AKA Tony Stark AKA Iron Man’s artificial intelligence-powered butler. If you imagine Siri, but with infinitely more power and the ability to actually understand what you say more often than twice in every six months-worth of shouting at it, then you won’t be far off. In short, JARVIS is awesome.

Now, owing to the fact that the iPhone isn’t quite the real JARVIS and, well, the fact that it’s fictional, this app isn’t going to let you have your iPhone run your (imaginary) Iron Man suit. What it will do though is pretend to be Siri, with an Iron Man twist.

Like Tony Stark, users can engage JARVIS through voice-activated commands -Receive messages from JARVIS, download ringtones, post to Facebook and more -Check time, local weather as well as set alarms through the integrated Clock mode -Initiate media delivered in messages, including video, audio, image, ringtone or website -Install unique ringtones -Unlock 42 unique Iron Man suits (plus additional "Ghost" file) -When connected to the same network as the Blu-ray player, JARVIS will function as the Blu-ray remote control, or the user can simply "say what you see" and the app will do the rest.

Whether it will actually be any good is debatable, and we certainly have our doubts. If you’re a diehard Iron Man fan though, we’re sure it’s going to be worth a download.

If you want more Iron Man 3 action on your smartphone, then be sure to download the Iron Man 3 game on your iOS or Android device.