One of the most useful and popular apps on the iTunes App Store is Remote. It is a first party app that, well, lets you use your iPhone, iPod touch or iPad as a remote control to control your Mac/PC’s iTunes library. I recently shifted back to the Android camp and found myself longing for a Remote-like app and magically stumbled upon the solution in the form of iRemote iTunes WMP. 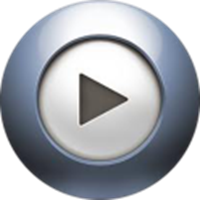 Developed by BOJA, iRemote iTunes WMP is an app that allows you to control your iTunes library using an Android smartphone. It works over both Wi-Fi and Bluetooth and we found it to be the simplest and easiest to set up among the handful of apps available.

To get started, you will need to install the Android app on your phone along with a server app which you have to install on your Windows-based PC. Once the server is running on your computer, open up iRemote on your Android device to get started.

iRemote is a free WiFi and Bluetooth remote for iTunes and Windows Media Player WMP on Windows (XP,Vista,Win7)

Remote control iTunes and WMP on your Windows desktop, laptop, notbok or tablet. Plug in Apple AirPort Express to any speaker in the house and get the ultimate iTunes remote control sound system.

No user settings required! Simple out of the box support connecting over WiFi and Bluetooth.

We have tested the app on our Samsung Galaxy S II unit and can confirm that it works as advertised. While it does do what it says, it looks spectacularly ugly in the process. I’m not saying this because I’m some sort of UI snob, but I do appreciate a user-interface which, at least, doesn’t make you look away in disgust.

Another issue we had with the app is how much of a dent it makes on the battery. In our limited testing (which didn’t last more than an hour), we found our phone’s battery going down faster than usual. Opening up Settings > About > Battery usage proved our suspicions to be true: 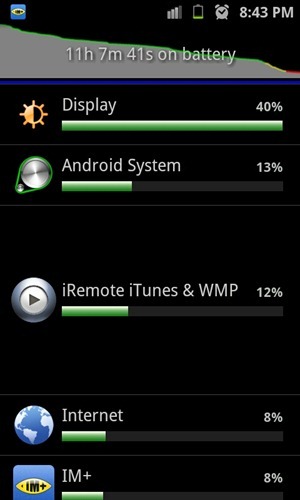 Still, it is certainly worth a try if you’re in the market for a remote app for your iTunes library. We couldn’t find a better alternative, but if you know of one, please let us know! We’d love to cover it!

There are two versions available: the Free one comes with ads, does not allow you to search your library for that one song and it also does not allow users to play a song by browsing artists or albums. The paid version, which costs $3.00, obviously lifts these limitations.