As far as wake up calls go, one claiming that a ballistic missile is on its way to your location is the kind of thing that tends to really grab your attention and unfortunately, that is exactly what happened to people in Hawaii this morning.

The message, which claimed to not be a drill, was thankfully false, although the reasons for its arrival seem to be unclear at the moment. Early suggestions are that it was indeed related to a drill, after all. 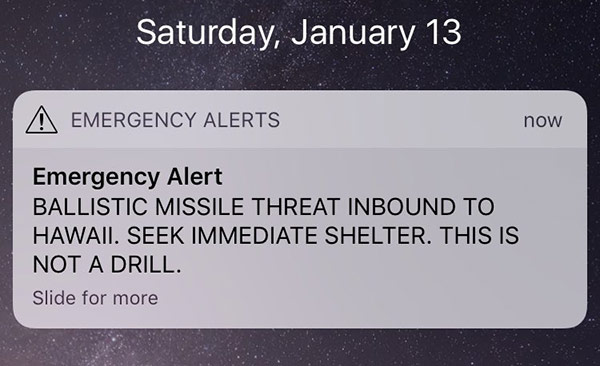 The message appeared on iPhones in the Hawaii area as part of iOS’s Emergency Alert system and was accompanied by warning sirens and messages on local television broadcasts. The message sent to iOS users read: “BALLISTIC MISSILE THREAT INBOUND TO HAWAII. SEEK IMMEDIATE SHELTER. THIS IS NOT A DRILL.”

There can surely be few more terrifying messages to read on a smartphone, especially given the current situation with Kim Jong-un and President Donald Trump seemingly keen to start World War 3 at the drop of a hat. As was confirmed in November, warning sirens for missile attacks were reinstated following growing tensions between the United States and North Korea, with the sirens themselves being tested on a monthly basis. It’s possible that today’s alert was part of a scheduled drill, despite the message itself claiming otherwise.

Around 40 minutes after the initial message was sent, there was a followup that confirmed that the threat was not real, although those 40 minutes must surely have seemed like a lifetime for those left scrambling for shelter in a situation that should never have been allowed to happen. 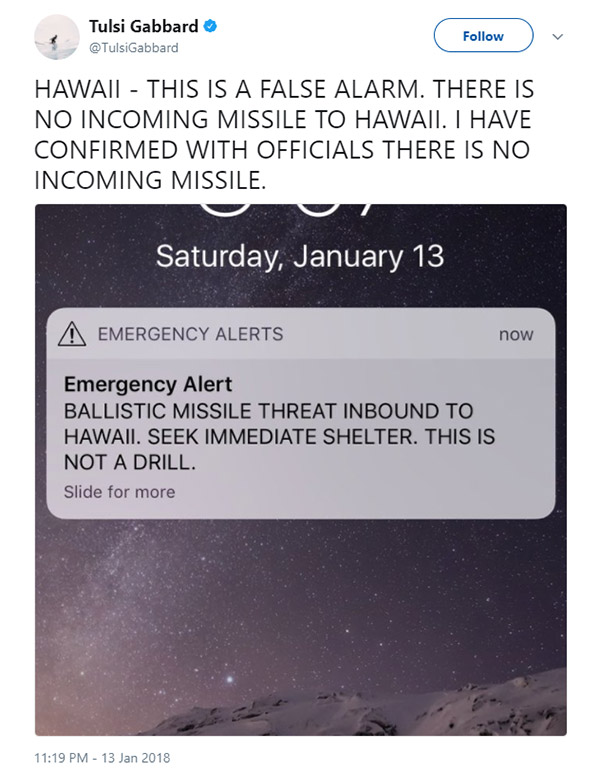 The second message did not offer any explanation, simply saying: “There is no missile threat or danger to the State of Hawaii. Repeat. False Alarm.”