iPhone X Now On Sale Around The World, Are You Getting One?

Apple fans all over the world can finally pick up and purchase Apple’s brand new tenth anniversary iPhone X handset today. After months of speculation, as well as an official unveiling of the handset on September 12 earlier this year, Apple’s most impressive smartphone yet is officially on sale around the world, presumably with limited availability of stock, especially in the stunning Silver finish.

History has already shown us that Apple does a wonderful job of ramping up the hype around product launches with the aim of ensuring maximum global interest in the product before it is actually available.

However, this time feels a little different. It feels a little more ‘special.’ Not only has Apple ramped up its usual marketing machine and advertising activities to promote iPhone X, but the company has also enlisted influencers to shout loud about iPhone X to really hammer home the message that this is Apple’s best iPhone yet and that you want it in your life. The fact that pre-orders for the device sold out on a global scale in few minutes, as well as there being long lines of impatient consumers waiting at Apple outlets around the world, shows that the marketing campaign looks to have been extremely successful with interest seemingly at an all-time high for this device.

There was a concern that launching iPhone 8 and iPhone 8 Plus on September 21 would potentially dampen or soften interest in iPhone X but that definitely doesn’t appear to be the case. Those hugely excited individuals are now walking around proudly with their device.

Such is the hype, that Apple itself has joined in sharing images of excited shoppers hopping through the floors of its retail stores across the globe. From London to Tokyo, Apple has shared it all. 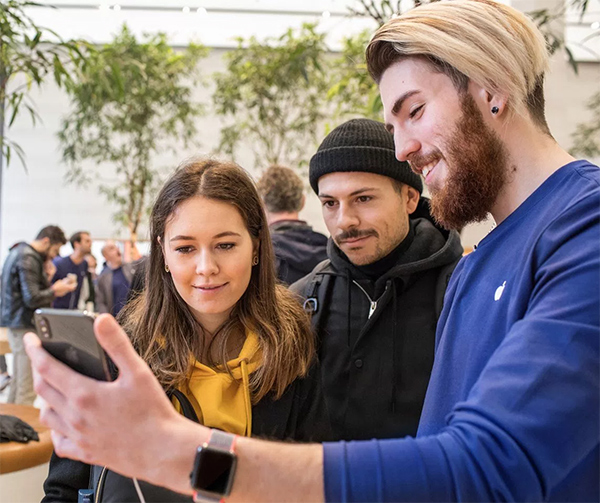 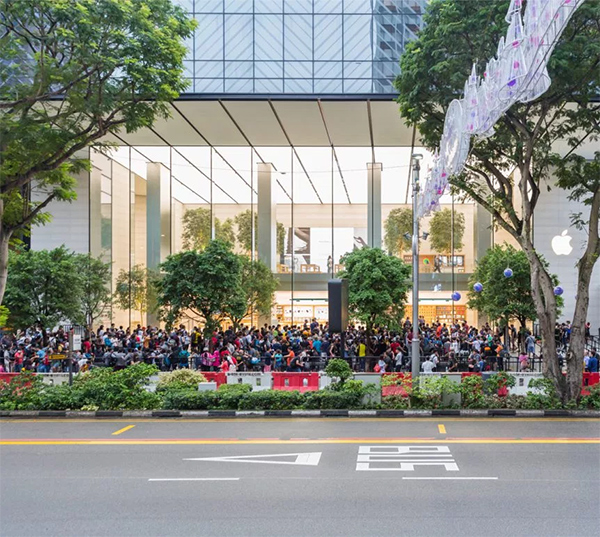 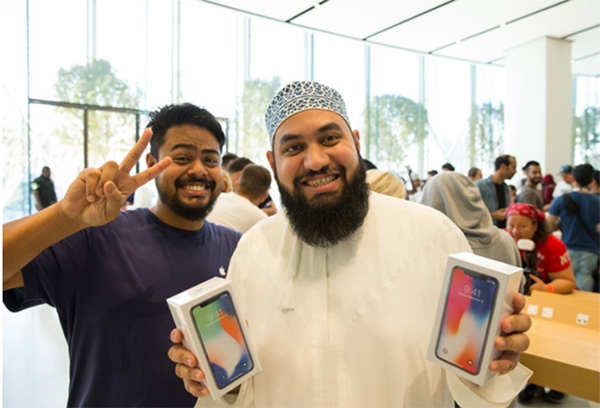 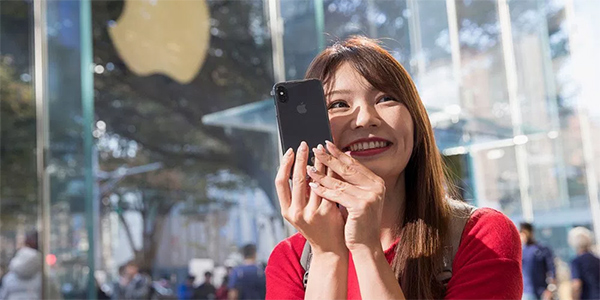 Not just that, even Tim Cook chimed into the action, sharing an image of the iPhone X hype in Sydney. “iPhone X is here! A big thank-you to all our customers in Sydney, and everyone turning out around the world Friday!” 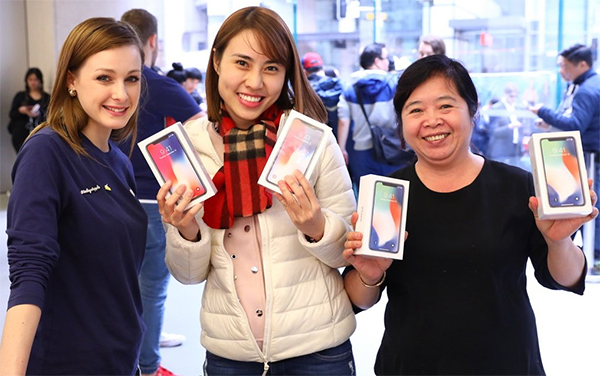 To celebrate the tenth anniversary of iPhone, and to ensure that customers have something impressive to own once they part with their $999+, Apple has introduced a device with a glorious 5.8-inch edge-to-edge OLED display. There is also the introduction of Face ID to unlock the device and authenticate payments using Apple Pay, as well as the total removal of the iconic Home button in favor of a new set of gestures on the multi-touch all-screen display.

No sales figures have been released for iPhone X just yet, but Apple CEO Tim Cook has confirmed that sales have been “very strong” with reports pointing out to as many as 9-12 million units being sold on first three days of the pre-order.

So, with iPhone X on sale now, are you getting one? Sound off in the comments below.

Got one already? Check out the best cases for protection here: The Best iPhone X Ultra-Slim Cases That Don’t Break The Bank.