We first heard a few days back that Apple would begin an iPhone trade-in program around the time of the release of the next-gen handsets, a move designed to boost general sales of the device from the company’s own retail stores rather than partners. Today, the service has come into full effect and now, consumers will be able to trade-in their old devices in part-exchange for a gleaming new handset.

Of course, there is, as ever, a catch. The consumer must agree to a two-year contract as part of the "iPhone Reuse and Recycling Program," so whatever your current iPhone is deemed worth in credit can be used against your new contract.

Some might argue that the better option would be to sell to eBay, Craigslist, or any other such site, and then simply use the money to go out and purchase a new device. But with the time-consuming nature of doing business of strangers, as well as the potential risks involved, Apple’s iPhone Reuse and Recycling Program will certainly appeal to those looking to grab a new iPhone quickly.

Of course, it almost goes without saying that if you do wish to grab a new iPhone, you’re certainly better off waiting for a couple of weeks to a month, by which time we expect to see the iPhone 5S and iPhone 5C announced and released. But hey, if you’re not too fussy about owning the latest model and simply feel that your device is becoming antiquated, then you can head over to your local Apple Retail Store as of now and trade in for a new one. 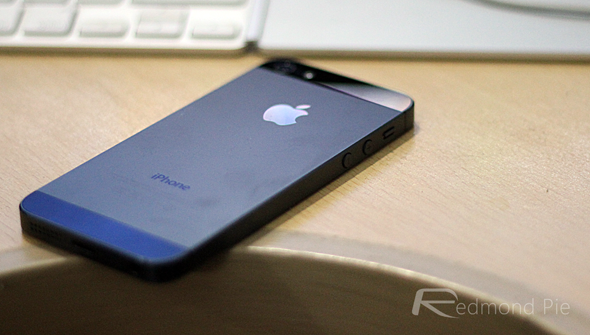 Apple really seems to be pushing for stronger performances from its iconic retail stores, and this program, it is hoped, will be part of a wider effort to boost the general output. Apple’s partners continue to sell considerably more iPhones in physical stores than Apple does, and CEO Tim Cook seems in no mood to let this continue.

We expect the new iPhones to be announced on September 10th, so make sure you stay tuned to our coverage here at Redmond Pie for all of your iPhone-related news and info!