Apple’s recently-released iPhone SE isn’t getting quite as much attention as perhaps a new flagship phone might, but that doesn’t mean it should be discounted. While it’s true that the 4-inch device isn’t as big or flashy as the upcoming iPhone 7 is likely to be, the diminutive smartphone, complete with powerful iPhone 6s-like internals is one smartphone that should not be underestimated, and nor should its potential impact on Apple’s overall iPhone sales.

With the iPhone SE now being in the hands of people around the globe, the smartphone is being put through all of the normal tests that any new iPhone has to endure. That means there have been more than a few people dunking it into water baths to see if it is water resistant or not, while others have plumped for the more traditional benchmark tests to try and measure the newest iPhone’s worth. The folks at SquareTrade have taken things a little further than most, though, with the iPhone SE being put up against both the iPhone 6s and iPhone 6s Plus in a range of demanding durability tests. 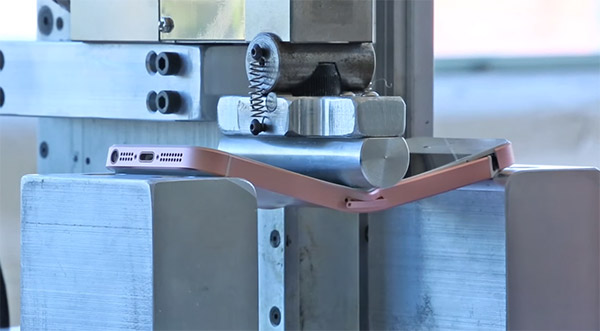 As is the done thing these days, SquareTrade has put together a video showing its testing in action, but be warned – it’s not for those with weak tickers. If, on the other hand, you enjoy seeing expensive technology trashed in the name of science – and YouTube hits, of course – then this is the video for you!

The end result is that while the iPhone SE doesn’t fare any better or really any worse than the iPhone 6s Plus, the SE does meet its match in the shape of the more durable 6s. We doubt too many people will be choosing between Apple’s three iPhone models based on how well they stand up to this kind of punishment, though, so take it all with a pinch of salt. 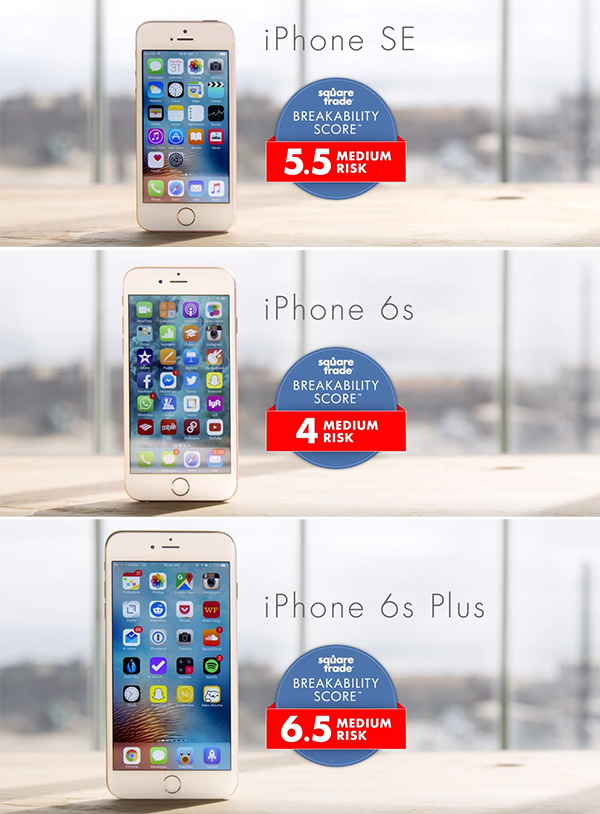 “Breakability” scores for each iPhone from the video, placing the iPhone 6s at first place with the iPhone SE close behind