Apple’s upcoming March 21st Spring media event is expected to focus heavily on the introduction of a new 4-inch device that brings the iPhone’s smaller form-factor back to consumers. If however, you simply can’t wait to get your hands on that device, and have been secretly yearning for Apple to fall back to the smaller shape and size of the iPhone 5s, then you can pay a visit to the infamous Shenzhen Market in China right now and get your hands on what is being marketed as an “iPhone SE“; a cheap copy of the Chinese manufacturers interpretation of what Apple could announce later this month.

The first thing that’s immediately evident from this Chinese “iPhone SE” is that it doesn’t match the speculated iPhone 5s-like visuals for the device that we are expecting to see in the flesh for the first time come March 21. As beautiful as it actually does look, the market is essentially selling a miniaturized iPhone 6s in a 4-inch package that contains an almost identical design to Apple’s current flagship. We say almost because the display is not curved around the edges, and is instead totally flat. What’s also interesting, and likely to put off a lot of consumers, is that it’s not actually a functioning piece of kit yet and doesn’t even power on. That’s a fairly big caveat of purchase. 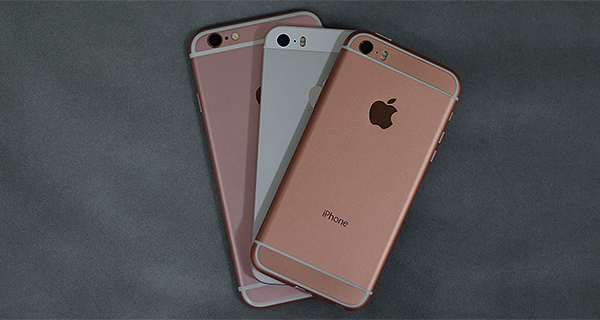 It seems that the creation of the little 4-inch replica may be more of an exercise to showcase just how quickly manufacturers selling hardware at the Shenzhen Market can jump into action to create prototype replicas of any new product. There’s no word on whether or not the intention here is to actually carry on with the development and get a functioning piece of kit working, but for now, it’s still rather impressive to see that a stunning 4-inch piece of hardware can be knocked up and shown off in what is essentially a relatively short period of time.

Apple is expected to introduce 4-inch iPhone SE next Monday that would contain the aesthetics of iPhone 5s but will feature the power and internal components of the latest iPhone 6s. A number of well-placed analysts, including Ming-Chi Kuo of KGI Securities, have suggested that the introduction of the iPhone SE could seriously increase Apple’s sales of 4-inch devices during the course of 2016.

You can check out the iPhone SE replica in the video embedded below.