The general consensus on the current state of iOS is that Apple’s mobile operating system has stagnated somewhat, and there’s certainly a considerable amount of more interest than usual with regards to what exactly Apple is cooking up this time around. In addition, several sources have suggested Apple will also be bringing a budget iPhone at some point in the very near future, and resident concept maker Martin Hajek has once again come through with another rather interesting "iPhone mini" design, which also incorporates a rather enlarged iOS interface by Dámaso Benítez.

I have to say, I am not exactly wowed by the design of the iOS 7 concept UI. The icons look clinically obese, and if I were to picture a specially tailored "Kids" skin within the iOS accessibility section, this is the kind of look I’d imagine it to invoke. 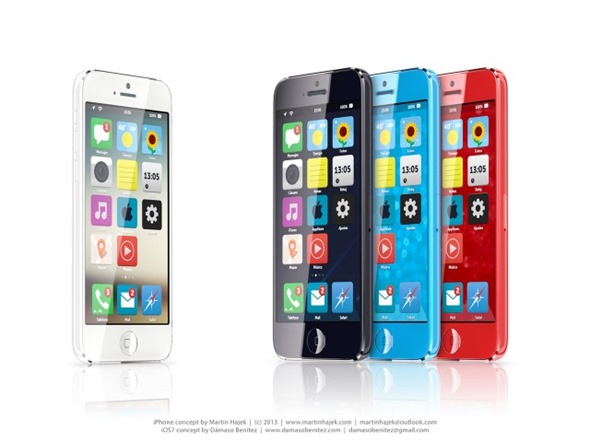 The "iPhone mini" itself doesn’t look too bad, and as described by Hajek, arrives complete with a plastic back. The overall design bears an uncanny resemblance to the latest iPod touch, but that’s certainly a positive, and if Apple could emulate a design like Hajek’s for its low-cost endeavors, I think the market response would also be endearing. 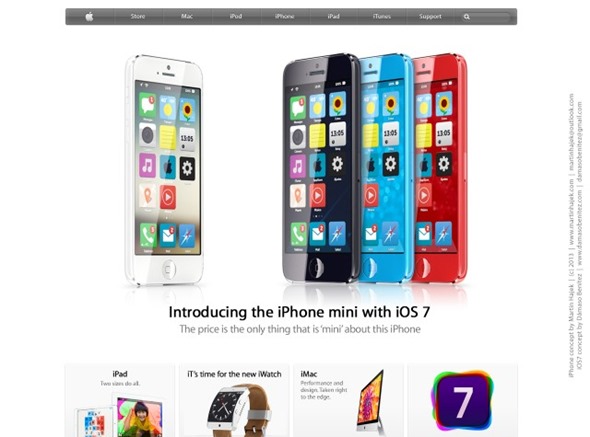 To be fair, I think consumers will actually be so overwhelmed in seeing a low-cost iPhone, that a large portion would automatically be interested. Currently, the price is simply too rich for the vast majority of wallets, and after six years and no sign of any sort of respite, I can really foresee the budget handset being one of unprecedented success. 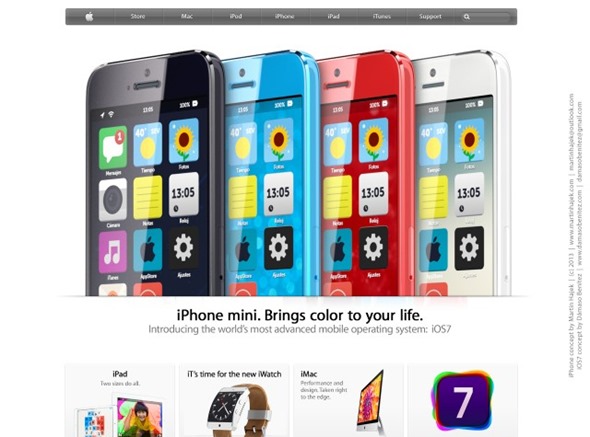 Then again, it largely depends on pricing, and since the iPad mini didn’t really hit the sweet spot in terms of how much it went on sale for, it will be intriguing to see if Apple can break from its old habits and actually appeal to smaller pockets and emerging markets in the likes of China and India. 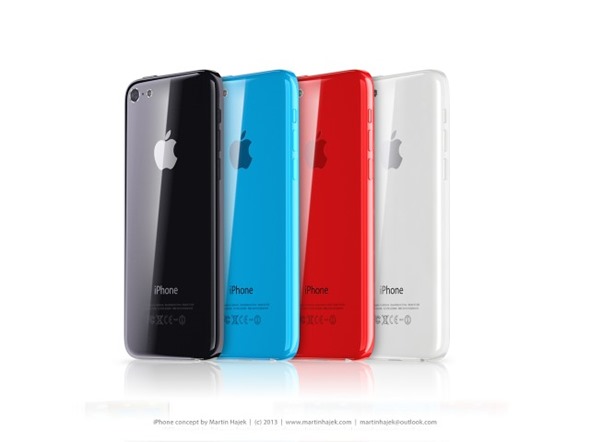 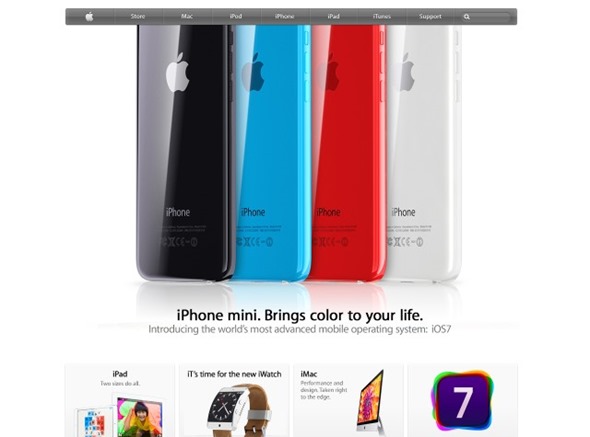 If the cheaper iPhone is to be on the cards, I would be quite impressed if it resembled what Hajek has produced here. What do you think? Do you see the plasticky, iPod touch-esque design as something you’d consider purchasing? And what of the iOS 7 concept; does it live up to your expectations of Jony Ive’s new push on flat aesthetics? Do share your thoughts via the usual mediums below.