The iPhone 8 leaks are coming thick and very fast right now, and at the rate we are going, it is hard to believe that there will be much to be surprised about when the device is finally officially announced later this year. The latest information comes from iDrop News, which suggests that the new flagship iPhone will be “much heftier” than the iPhone 7, with it being somewhere between that device and the iPhone 7 Plus as far as size is concerned. 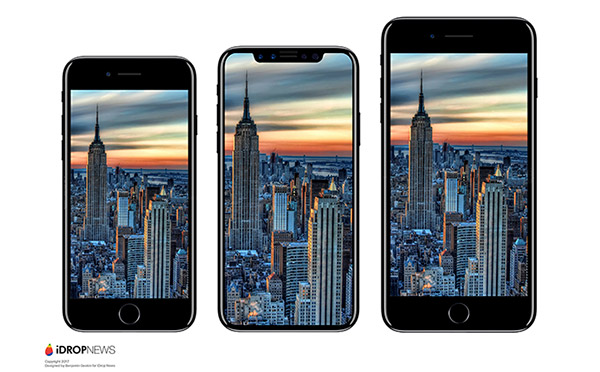 While no names have been given, the report cites “factory workers with intimate knowledge” when claiming that the Phone 8 will measure 143.59 x 70.94 x 7.57 mm, compared with the iPhone 7 at 138.3 x 67.1 x 7.1 mm. The iPhone 8 will also be thicker than the iPhone 7 Plus if the report is to be believed, with that device measuring 158.2 x 77.9 x 7.3 mm. Despite being thicker than the current largest iPhone, it will reportedly have a smaller overall footprint.

While dimensions have been discussed, no report has yet appeared that claims to give us an idea as to what the iPhone 8 will weigh. Given the sizes mentioned though, we expect the iPhone 8 to again sit somewhere between the iPhone 7 and iPhone 7 Plus. To accompany its numbers, iDrop News has published a handful of renders in which the claimed iPhone 8 can be seen beside a Samsung Galaxy S8 and Galaxy S8+ as well as the current high-end iPhones. According to these dimensions, iPhone 8 will have smaller footprint than Galaxy S8 despite having same 5.8-inch display. 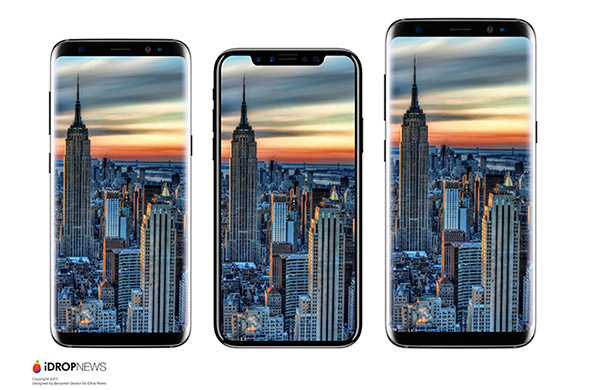 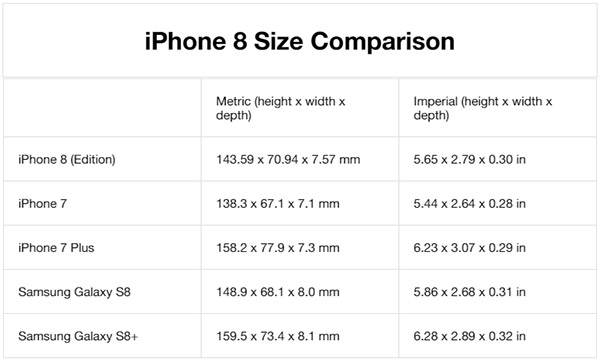 With Apple expected to announce the iPhone 8 this coming September, we do not have too long to wait before the rumors make way for facts, and the iPhone 8 is finally real. Until then though, we expect the leaks to keep coming, and while it does detract from the excitement on launch day, we cannot wait to see what will leak next.