iPhone 6s Will Be More Than Twice As Strong As iPhone 6, Confirms In-Depth Video Test

When the iPhone 6 and iPhone 6 Plus were launched last year, soon after their public availability both devices became targets of a widespread scandal dubbed “Bendgate“, especially the larger of the two, the 5.5 inch iPhone 6 Plus was found to be susceptible to getting bent under pressure, in some cases even when under as little as normal use pressure.

Apple might have fought the claims as isolated rare incidents back then, but that didn’t stop the Cupertino company from attempting to fix the challenges and making the next iteration of the iPhone stronger and more durable than ever before. 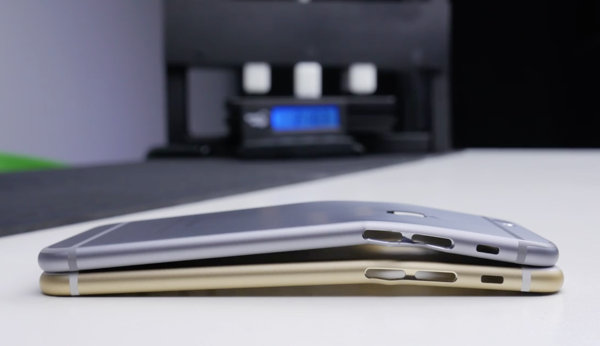 Back in April this year, we started hearing rumors that Apple will use 7000 series aluminum alloys for the construction of the outer shell for iPhone 6s in favor of the previously-used 6000 series alloys. This was said to be inspired by the Apple Watch Sport model, where the company had opted for a similar approach.

And now a new video test performed on a leaked iPhone 6s shell seems to confirm the use of 7000 series aluminum. Following the initial analysis of the leaked shell, Lewis Hilsenteger of Unbox Therapy is now back again with another test showing in-depth scientific analysis of the iPhone 6s shell that he has got hold of and compares it to the current iPhone 6 shell.

Before carrying out this test, Lewis sent off both the iPhone shells for a chemical analysis using XRF analyzer. The results reveal a significant amount of zinc being used in the 7000 series aluminum made iPhone 6s shell which should help add extra toughness to the device. One issue which is said to be associated with zinc is higher risk of corrosion, but Apple seems to have that covered too by adding an extra thick layer of anodization, as also shown in the video.

You can check out the full test in the video embedded below: