A recently released set of data gives us an insight into the popularity of Apple’s iPhone range ahead of the company’s iPhone 7 and iPhone 7 Plus announcement tonight.

We may be about to welcome in the future of the iPhone with the expected introduction of iPhone 7 and iPhone 7 Plus, but this latest research report has highlighted just how popular Apple’s current flagship, the iPhone 6s and iPhone 6s Plus has been globally, by announcing it as currently being “the world’s most popular smartphone.” 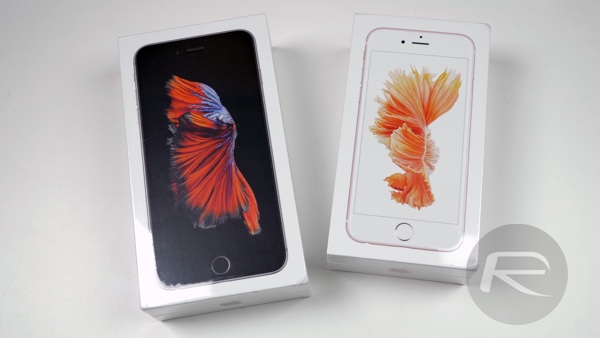 The report shows that Apple’s iPhone 6s eclipsed all other devices on the market to take the mantle of being the world’s top-selling smartphone in the second quarter of 2016. That title was captured thanks to Apple managing to shift what is estimated to be around the 14.2 million units mark. What’s particular interesting is that the company’s iPhone 6, which is the predecessor to the iPhone 6s and which is now two years old, was the second highest selling device during the same period with an estimated 8.5 million units flying off physical and digital shelves.

Being known as the world’s “most popular smartphone” gives the impression that sales of the device continued to be at an elevated level during the third quarter of the year, and didn’t drop off to allow another device in the market to pip it in the popularity stakes.

Apple, like any other company, would ideally want sales of the device to be higher, but the revelation and data can only been seen as positives, indicating that the hardware has not only resonated with users on a global scale, but has also put the company in good stead for the impending introduction of the iPhone 7 range.

The third most popular device during the same time period was Samsung’s Galaxy S7 Edge. Released in March 2016, it’s estimated that the South Korean company managed to shift an estimated 8.3 million units in the second quarter of 2016, giving the device a 2.4-percent market share compared to the 4.2-percent market share enjoyed by the iPhone 6s. 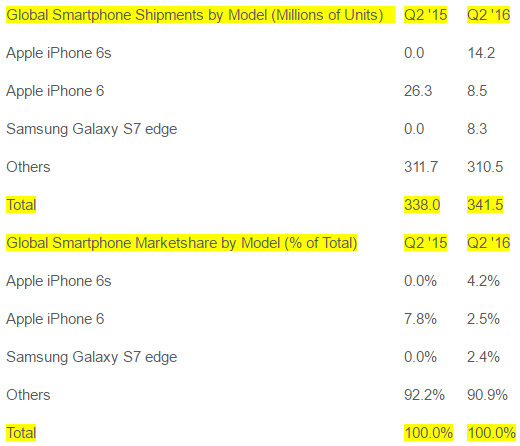 With the iPhone 7 due for announcement later today, it’s difficult to see Apple’s successes trailing off during the rest of this year, especially considering the level of excitement that’s already been shown for the hardware pre-announcement.