The iPhone 6 and the jumbo-sized iPhone 6 Plus have clearly captured the imagination of new and existing iOS users around the world with Apple recording more than four million pre-orders taken in the first 24-hours of availability and 10 million units sold in 3 days alone. Add that together with the fact that the majority of models are sold out in most locations and you have yet another successful product launch for the Cupertino company. You would imagine that the initial excitement would focus on the new functionality of the hardware, or the new features of iOS 8, but it appears you would imagine wrong. Thanks to the RatedRR YouTube channel, the interest seems to lie in attempting to torture and destroy the hardware through various acts, such as this latest destruction video recorded at a staggering 35,000 frames-per-second.

The latest RatedRR offering to land on the channel continues on the promise of offering six consecutive tests that exist to put Apple’s latest hardware through its paces. Today’s offering is the third in the series and features Apple’s latest and greatest iPhone pitted against a number of elements that have proved to be extremely hazardous to electrical devices in the past; water, dirt and concrete. To make the test video a little more dramatic and “Hollywood-esque”, the whole experience has been recorded at 35,000 frames-per-second to allow all of the detail to be witnessed in glorious slow-motion. 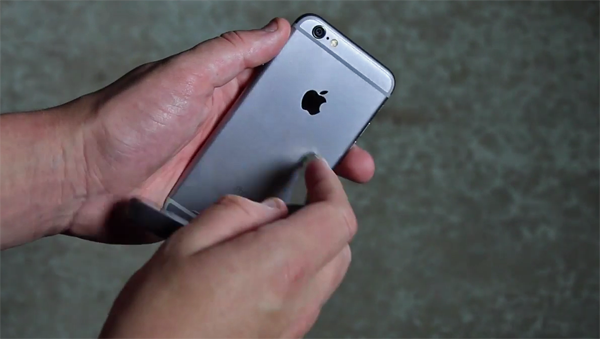 So, what exactly do the tests show? Well, first of all we see the iPhone 6 dropped into a tub of cold water from a modest height. The device is then quickly retrieved in an attempt to mimic the panic of a real-life water situation. For the second test, the hardware is dropped from approximately hip height onto a dirt covered floor to test its durability. Finally, the gold iPhone 6 in the video is dropped from a similar height, screen first, onto two concrete blocks. It probably doesn’t surprise you to learn that out of the three tests the hardware recorded a 66% pass rate. Water is fine. Dirt is fine, but it seems that the iPhone 6 and concrete don’t get on too well.