Deep down in our hearts we all knew that the iPhone 5s would launch with some kind of fingerprint scanning capabilities. We’d heard the rumors months before the actual event. We knew it was coming yet many of us still raised an eyebrow when Phil Schiller actually made it official on stage during the Cupertino based event. The inclusion of the technology definitely raises a number of security based questions, but thankfully, it is a lot more advanced.

Biometric technology has come on leaps and bounds in recent years. Investment and research coupled together with local governments and heavily funded organizations adopted the technology has ensured that the industry is moving rapidly in the correct direction. Mary Branscombe, reporting for CITEworld has provided a little additional insight into the iPhone 5s Touch ID capabilities and it should put at least a few worried minds at rest.

The specific sensor used in the iPhone 5s has the capability to look deeper than just the external pattern and make-up of the user’s finger. Fingerprint scanners that were previously used in laptops etc. would take the ridge and valley information from the external enveloper of the provided finger to authenticate the user. The sensor used within the iPhone 5s provides a little additional sophistication and actually makes the comparison using the living layer of skin under the surface of the finger. Branscombe had this to say:

With the new sensors you don’t have to move your finger, just press it against the reader. And like the sensor in the iPhone 5S, the sensors that will be in laptops and keyboards and other phones can detect the ridge and valley pattern of your fingerprint not from the layer of dead skin on the outside of your finger (which a fake finger can easily replicate), but from the living layer of skin under the surface of your finger, using an RF signal. 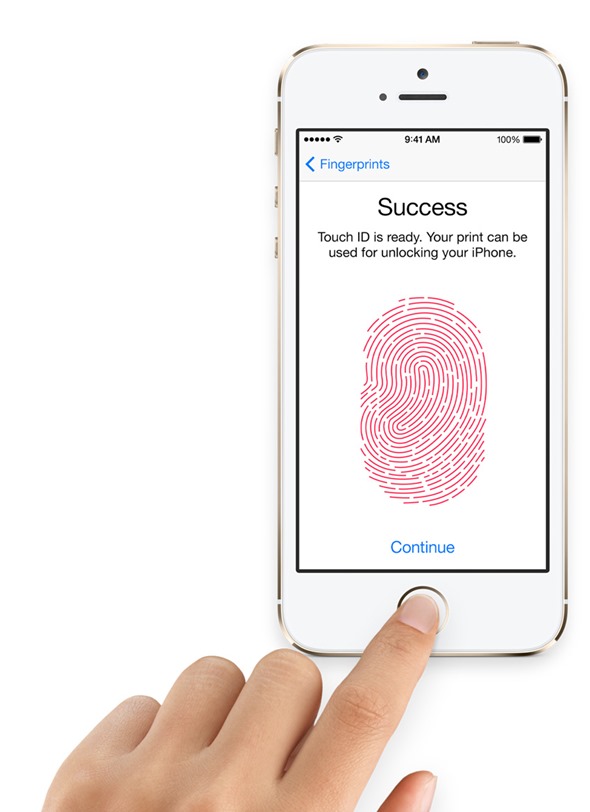 First of all, it provides an additional level of security that some people feared might not exist in the new iPhone. Additionally, it also means that those malicious and unscrupulous among us can’t just hack off someone’s finger to take away data from their device as the detection system only works with living tissue. That has to be a good thing.