With the iPhone release now out of the way and many consumers enjoying one of the two new handsets on offer, attention has swiftly turned to the changes expected of the iPad range. This month, Apple is thought to be upgrading the full-size iPad as well as the iPad mini, although according to sources of Reuters, the company is going to struggle with yield of the latter’s Retina display.

There’s little doubt that the iPad mini is a beautiful tablet to behold, but with users accustomed to the Retina panel long before the downscaled slate made its debut this time last year, the decision to take a step back with regards to the resolution certainly drew quite a bit of criticism.

It was hoped that this time around, the iPad mini would include a Retina display as something of a formality, but there have been conflicting reports on the topic, with some suggesting that it wouldn’t be happening this year. Still up until now, it was widely assumed that the Retina-fied device was back on, and those hoping for a new tablet with a sharp resolution may instead have to look towards the iPad 5.

According to the Reuters report, Apple’s supply chain preparing to manufacture Retina displays for the iPad mini 2 only now. If, as we expected, the device was going to be announced at some point this month, we’d expect a large bunch of panels to have already been made, and thus, we can only assume that we’ll either be waiting until early next year, or if we do see a Retina iPad mini in 2013, it will be in extremely scarce supply. 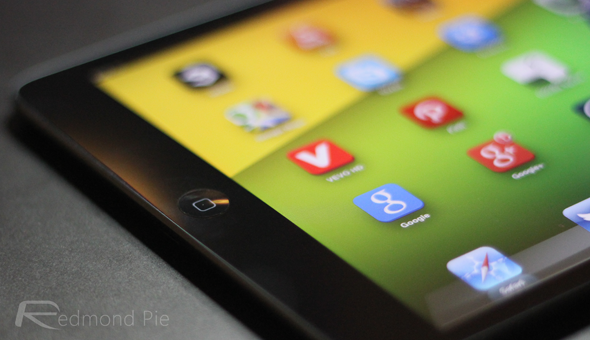 Although a release early next year would break the recent trend of fall launch dates for new iOS devices in general, Apple is no stranger to releasing an iPad around March time, and if this were to be the case once again, the iPad 5 should hopefully tide consumers over until then. Speaking of which, the fifth-gen iPad is expected to take on a similar form factor to its smaller cousin, and whether the iPad mini can meet the deadlines or not, we cannot wait to see the main device in its sleeker, new-look finish.