iPad mini 2, iPad 5 To Arrive In March, According To Report

Apple’s decision to refresh its iPad range twice last year was met with a mixed response, and while some naturally welcomed the decision of Apple to introduce the iPad 4 a mere seven months following the emergence of the iPad 3, owners of the latter were naturally disgruntled. Alongside the iPad 4 came the iPad mini, and once again, the general response was mixed, with many pointing to the lack of a Retina display and high cost as fundamental flaws. Now, it has emerged that Apple plans to bring yet another upgrade as early as March, and while the larger iPad should be a little less, well, large, the mini is widely-presumed to be getting a Retina display.

The analysts tend to be on fire with regards to predictions and forecasts during the initial stages of the year, and 2013 has already been rife with pre-emptive statements. Brian White of Topeka Capital Markets is said to have communicated with industry sources during CES this week, and  concludes the fifth-gen iPad and second-gen iPad mini will arrive in March. Considering the furor about the release of the iPad 4 in the same year as its predecessor, the news of new devices arriving just 20 weeks later will likely be met with angst and general bemusement by those who decided to adopt early.

From a technical point of view, the decision to relieve the iPad of bulk will be met favorably by consumers and tech fans in general. The iPad 3 offered arguably the largest generation leap yet – bringing a Retina display and dual-core A5X processor to the fold. But it was heavier and fatter, and even though the iPad 4 is even faster, it has always seemed as though Apple’s design team hasn’t managed to keep up with the improved specs; at least, not as well as it has managed to with the iPhone and MacBook ranges. 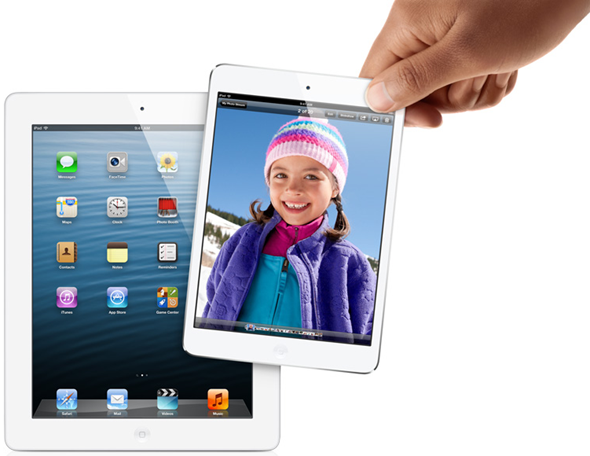 There’s talk of upgraded components within the iPad mini, too, perhaps an upgraded processor on the somewhat dated A5 chip. White makes no mention of a Retina display, but if Apple were to fail in delivering a vastly improved resolution, let’s just say it would be a massive error of judgment.

What features are you looking for in the next-gen iPads?